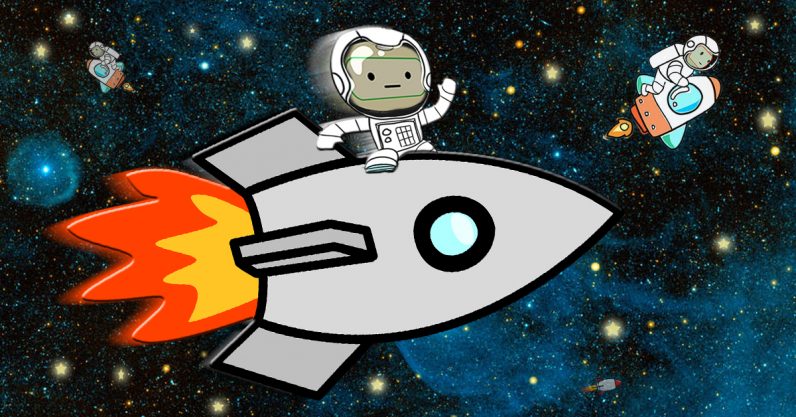 Humans have navigated by starlight for thousands of years, but NASA has a new appreciation for the twinkling bodies in our night sky. Using perfectly timed X-ray flashes from pulsars, scientists are building a Galactic Position System that will work quite similar to the global one here on earth.

NASA sends an unmanned spacecraft to photograph a distant planet or moon in a process similar to pointing a rifle at the sky and firing a bullet.

That projectile travels through space and takes pictures as it zooms by its target from a safe distance. It can be steered, to a relatively small degree, but typically with nowhere near the accuracy it would take for most spacecraft to enter an orbit around a distant moon.

Scientists are unable to perform the necessary calculations it would require to maneuver such a vessel any closer than a flyby because we’ve never been able to accurately determine the position of an object in space relative to other bodies – until now.

It uses this special telescope to view the fog-like radiation that permeates space. The ‘fog’ surrounding pulsars ‘pulses’ with tiny ‘blips’ that can be measured based on the amount of time between them, around 4 milliseconds. By comparing the differences in measurements of three different pulsars blips, a vehicle can determine its relative location (it uses a fourth to calibrate the timing of the other three).

You could thread a needle to get into orbit around the moon of a distant planet instead of doing a flyby. A galactic positioning system could also provide a fallback, so that if a crewed mission loses contact with the Earth, they’d still have navigation systems on board that are autonomous.

Such systems could make manned spaceflights to Mars a reality and even pave the way for continuing missions to explore the galaxy and boldly go where no-one has gone before.

We’ve had success in space with semi-autonomous craft, but in lieu of a positioning system capable of working entirely independently of the Earth, it’s never been feasible to consider truly autonomous spacecraft.

Now, rather than rely on bulky communications equipment to ensure a communications tether with Earth remains unbroken, researchers could devote engineering efforts to creating a craft that doesn’t need to contact humans at all until it’s completed whatever mission NASA gives it.

We may be risking the creation of robot spacecraft that could one day return and attack us after determining humans are their enemy (Cylons anyone?). But the potential to send smart probes into the deepest possible reaches of space makes it worth the risk, probably.