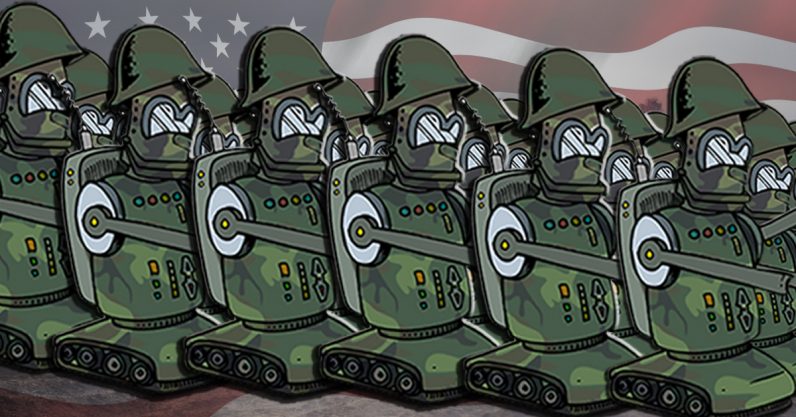 The US military appears to embrace AI at every strategic level, and the creation of a new office to manage the burgeoning technology is further evidence that machine learning is the future of warfare.

According to Federal News Radio’s Eric White, Under Secretary Griffin and fellow top brass are “alarmed at recent advances” in the field of artificial intelligence and seek to form the office as a matter of national security.

US House members are also concerned about such developments, having recently introduced a bill that would allocate millions of dollars toward researching artificial intelligence with the intent of providing a study for the president to review next year.

The White House, for its part, has been peculiarly silent on the subject of AI, leaving some to speculate the idea of operating a democracy without a qualified science adviser is a bad one.

Without any apparent leadership on the matter, the Department of Defense appears to be preparing for an ‘impending’ AI arms race while bewilderingly believing the US isn’t currently in one.

Griffin, speaking at a discussion hosted by The Hudson Institute, said:

There might be an artificial intelligence arms race, but we are not yet in it. America’s adversaries understand very well the possible utility of machine learning. I think it’s time we did as well.

The Pentagon may have a different definition for the phrase “artificial intelligence arms race” than we do because, as TNW has reported, it’s apparent both China and Russia believe we’re in one.

Like it or not, every developed country needs a strategy for dealing with weaponized AI systems. But the unbridled militarization of technology without administrative oversight seems like a less than optimal path for the development of ethical AI.

We reached out to the White House for comment and will update if we hear back.

Read next: Where are younger creatives finding their inspiration?