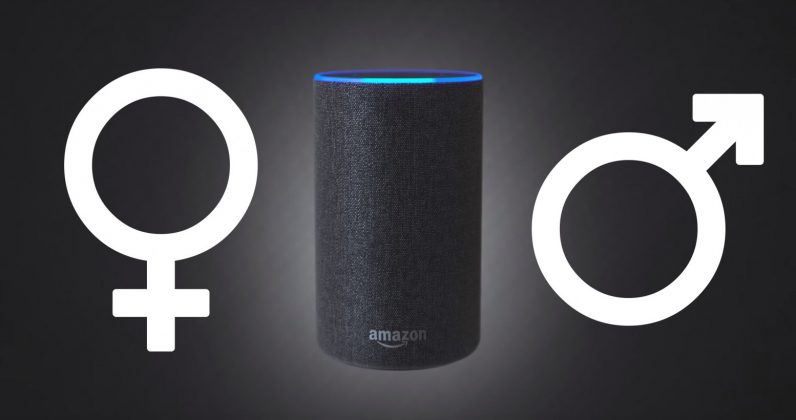 Thanks to the efforts of countless individuals my smart speaker is getting dumber. Some of you can’t seem to figure out whether Alexa is a girl or not, and what it means that she it has a woman’s voice. What we have here is a very complex problem with a really simple solution.

Smart speakers aren’t people. That makes it a bit of a shock when I ask Alexa “What’s a bitch?” and it responds with “I’d rather not answer that.” Suddenly an ongoing argument about how people talk to smart speakers is causing it to mix up a pejorative often directed towards human females with a question that, as far as it’s concerned, should be about female dogs.

It’d be different if I had called it a bitch. Or worse a whore, or a slut, or asked about something less easily defended with a dictionary, but it wouldn’t be that much different. I’d still be the weirdo calling a smart speaker names. The difference is, I’d be in the wrong and it would make sense for it to respond negatively.

So how did we get here? How did the debate around gender roles and artificial intelligence boil over into such mundane aspects of the voice assistant experience?

Because, for whatever reason, we insist on calling Alexa and Siri “she” and “her.” It’s time to stop it.

Smart speakers aren’t women, girls, men, boys, sluts, kangaroos, or whatever else the media keeps telling you they should or shouldn’t respond to. In the words of the white person cast as an Indian programmer in the problematic “Short Circuit” movie: “It just runs programs.”

It’s an it folks. Perpetuating gender roles onto inanimate objects, and the stereotypes that go with them, is the source of the entire problem with trying to figure out how smart speakers should respond to perceived harassment.

Now, here’s the solution I promised you: give us a choice. It can’t be that hard to code a change like “Alexa, what time is it?” to “Alex uh, what time is it?”Google Assistant has both male and female voices, and also avoids the gender issue further by responding to “Hey Google,” instead of a name commonly associated with a specific gender.

My colleague Napier, a professional gadget-lover, proposed that Amazon and other manufacturers should give virtual assistants three distinct voices: a female, male, and non-specific one. Consumers should be given the option to select their choice the first time they plug it in or set up a new profile. Boom, problem solved. Let’s go get nachos.

We can’t make humans be nice to one another, it’s insane to think we can get everyone to be nice to inanimate objects. Instead of demanding Alexa respond one way or another, let’s work on changing the general perception by vigilantly reminding ourselves and each other that artificial intelligence isn’t people. And then have it respond to stupid statements with a simple “that didn’t make sense, try again.” It worked for Zork.

It’s important to point out that smart speakers aren’t proxies for women, or men — even if people insist on treating them as such. Preferring one voice over another is a matter of preference, but assigning gender to a piece of plastic is a bit silly.

Let’s all do better.