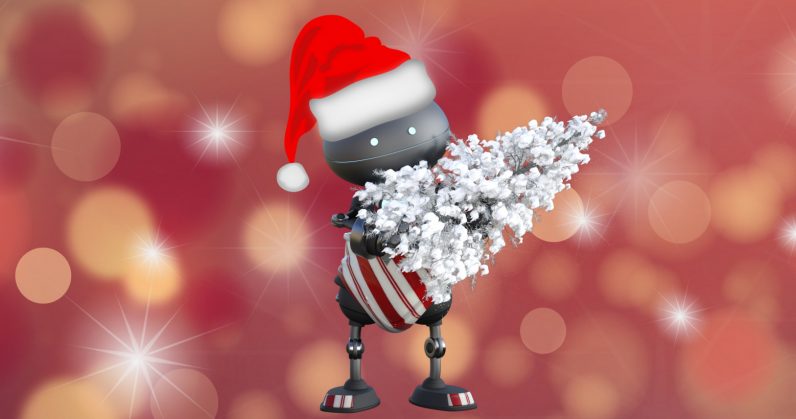 As we near the dawn of the robot apocalypse, this is proof that you’re probably safe for at least a few more weeks.

Colorado-based research scientists Janelle Shane recently trained her own neural network to write its own Christmas carols. Using a collection of about 240 carols ranging from “What Child is This?” to “Grandma Got Run Over by a Reindeer,” Shane turned the neural net loose with zero instruction.

First, it attempted to find patterns in the songs, thus making its own rules of what goes together. Unfortunately, that turns out to be a nonsensical mess, like this:

From there, it cross-references its creation to existing Christmas (not-so) favorites in an attempt to check its own work. It learns to capitalize letters when they should be capitalized, and to utilize linebreaks to make the creation readable. Around this point, it begins to learn actual words it can string together to come up with its own song.

Results though, are a little on the iffy side. This was one of its first attempts:

Hart fon the be the he br wong on the stor Christmas br he, or the wang
Christ, Christ, on bn a me the stord
Hont on thr st bong the wor
I he a s de poog the stow tome on be ser snur

According to Shane, neural networks are adept at picking up tone and vocabulary, but still not all that great at making sense.

After a few more rounds of refining its rules, the network still hasn’t mastered the whole “making sense” part, but at least it learned to use festive words in its attempts.

The lord of the glory dawns
Give us the leave all away
A star is spent and red
Shake a cup a strend from the sky
Christmas is coming, the wind is come to you

Christmas Carols, generated by a neural network on AI Weirdness

Read next: Google Glass and Segway failed because they forgot about humans