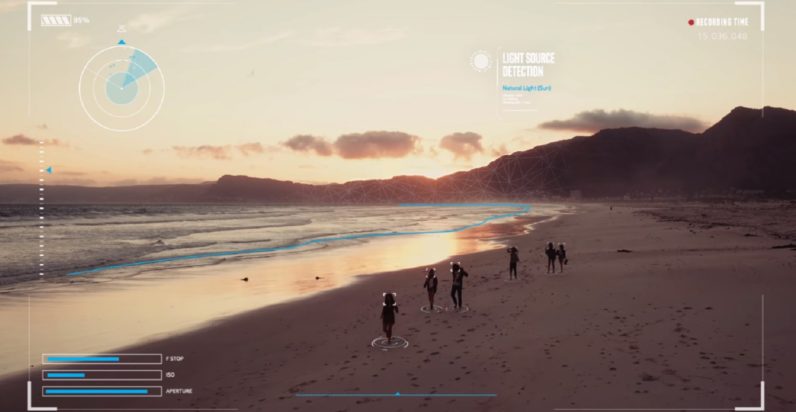 When Intel’s Movidius team released the Myriad 2 visual processing unit (VPU) it was a marvel of technology and design. The tiny chip contained AI accelerators and a performance-to-power ratio that placed it, arguably, without peer. A developer looking to give the power of sight to a device couldn’t ask for much more than the Myriad 2. Yet, somehow, Intel decided to give them more anyway.

AI chipsets aren’t exactly new; this isn’t Intel’s first, or second one. The company released the Myriad X chip last week — despite the fact that the Myriad 2 was still considered cutting edge. Intel seems to be in competition with itself – which is good for everyone.

We asked the VP of marketing for Movidius under Intel, Gary Brown, what made the Myriad X different than its predecessor:

In terms of firsts, the Myriad X is our first VPU that features the Neural Compute Engine, or NCE. We’ve also been able to increase performance from two TOPS to four TOPS overall.

The chip is a tiny little powerhouse that might be leagues beyond anything else out there, sure, but what does it do?

The Myriad X chip makes life easier for AI researchers and developers, according to Brown:

The NCE is really meant to accelerate the deep neural networks (DNN) that our customers want to use at the edge. These are things like tracking or surveillance cameras, for example. The power efficiency, or the amount of performance you can get per watt, is the biggest metric, and we’re better than GPUs or anyone else in the space.

Intel isn’t the only company in the AI hardware business. Microsoft recently coined the HPU, or holographic processing unit, when it built its own chips for the newest iteration of Hololens. Smartphone manufacturer Huawei recently announced it’s next phone will come with AI baked into the processor.

Google and NVidia both have chips purpose-built for AI as well, and there are several startups dedicated specifically to the task. It’ll be a crowded development area within a couple years. Still, Intel doesn’t feel like there’s much competition in the space. It’s confident that Movidius, and the Myriad X,  represent the gold standard for AI chips. But they aren’t content to rest according to Brown:

We’re predicting that within two to three years there’s going to be an overwhelming need for advanced NCEs. It’s very exciting, all of us on the Movidius team are on an adventurous trek into a new realm of vision intelligence.

The world of tomorrow features AI that handles the details, like drones that know how to capture the moment. There’s no way to predict all the uses for robots that have the ability to see and process the world visually.

Brown sounded even more excited when he spoke about the unseen potential for Intel’s Movidius chips:

We envision its use beyond the current categories that we’re using it in, VPUs will be used by developers in categories and ways that you and I can’t even imagine right now.

Read next: JetBlue shows Amazon how to behave during a hurricane