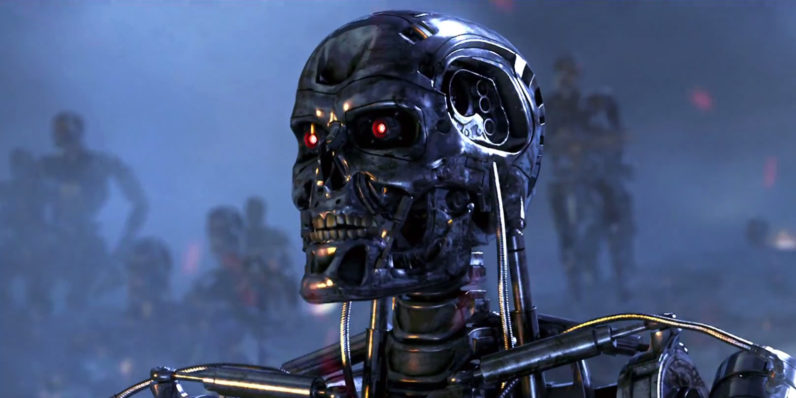 Elon Musk is predicting the future again, like he does. This time, the eccentric billionaire and CEO of Tesla, SpaceX, and others, took to Twitter to wax poetic about our pending demise at the hands of artificial intelligence (AI).

The Twitter rant started with a Verge article. In the piece, Verge reporter James Vincent pulled highlights from a talk given by Putin to over a million Russian students via satellite link on Friday. During the 45 minute talk, Putin made it clear that AI offered the clearest path to world domination, although he promised to share its knowledge with the rest of the world if Russia ended up dominating the AI space.

Artificial intelligence is the future, not only for Russia, but for all humankind. It comes with colossal opportunities, but also threats that are difficult to predict. Whoever becomes the leader in this sphere will become the ruler of the world.

When it comes to Putin, the idea of putting artificially intelligent death machines in his hands is a little worrying. He is, after all, suspected to be involved in (at least) a couple dozen “mysterious” deaths and leads a country with a dizzying record of human rights violations.

World War 3, Musk believes, is most likely caused by the nerds programming recipes for your Amazon Echo. Let that sink in for a minute. I’m not saying being a dick to that guy in high school is going to lead to a robot uprising, but having a John Connor-esque plan to come back and save your past self might not be all that bad of an idea.

I’d argue it’s at least as likely as 90 percent of the scenarios featured on ‘Doomsday Preppers.’

May be initiated not by the country leaders, but one of the AI's, if it decides that a prepemptive strike is most probable path to victory

And this is probably the scariest thought of all: our next major war may not even be started by humans. Instead, a computer somewhere could calculate the likelihood of a pending attack, and determine the only way to win is to nuke Canada, for some reason. Sorry Canada, Tim Horton’s and hockey just aren’t that important to AI, as it turns out.

Rest at ease, though; AI isn’t anywhere near smart enough to make these kinds of decisions, at least not yet. And in the future, I’d imagine we’d have some sort of failsafe in place to ensure this kind of scenario doesn’t happen.

But then again, we didn’t need AI to know what would happen if we unleashed President Trump on the world, and we did it anyway.

Read next: Robot workers could lead to universal basic income in Hawaii