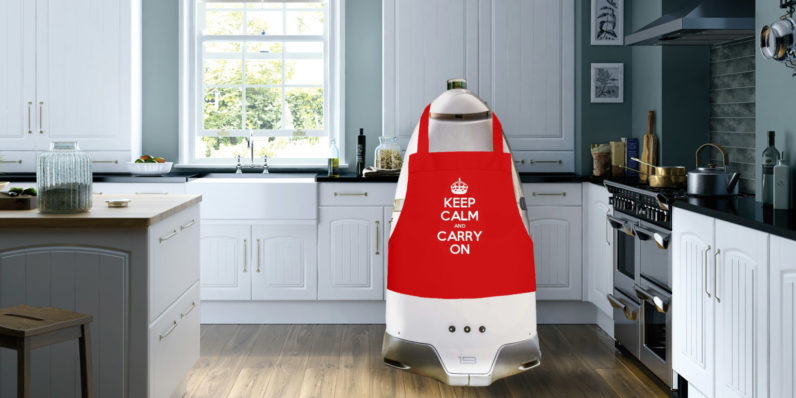 Stephen Hawking and Elon Musk have both opined about the dangers posed by artificial intelligence, with Musk famously comparing it to “summoning a demon,” and Hawking suggesting it could end mankind. But when they said that, I don’t think they were talking about an undercooked chicken leg.

That’s right, AI is making its presence felt in all parts of life, and nowhere is this more pronounced than in the kitchen. I’m not talking about the wide variety of AI-powered kitchen tools (like Samsung’s ludicrous smart Family Hub 2.0), too.

Today, MIT announced it had created an artificial intelligence program that could look at a picture of a food item — like a cookie — and tell you its constituent ingredients.

Pic2Recipe works by returning ten recipes that it feels most closely represent the photo of the dish. It returned the correct recipe with a 65-percent accuracy rate. Considering there are a lot of recipes out there, and an even larger number of dishes, this is pretty impressive.

But not so impressive as the practical implications. How often have you watched the Food Network, or seen something in a magazine, and thought I could make that? This software could be the catalyst that lets you create the dishes you’ve been drooling over.

It all sounds a bit Nathan Barley, but as someone who has experienced two different cognitive meals, I can say there’s certainly some magic there. Sure, what you’re eating doesn’t quite make sense (Tanzania Lithuanian bagels, for example, and Swiss Thai asparagus quiche), but it tastes good.

I’m not surprised AI is making its presence felt in this area. Although cooking is inherently creative, it’s also fundamentally scientific. There’s a method that says which ingredients work well together, and which ones don’t. This is something a computer could easily learn.

While it’s early days, I’m looking forward to see where this goes. Perhaps there’ll be an Echo Show-type gadget that melds computer vision and artificial intelligence, and watches you cook, providing advice and guidance each step of the way. Or maybe a mobile app that can see what you’ve cooked, and provide real, honest criticism, like Gordon Ramsay does in Kitchen Nightmares, albeit with a bit less profanity.

Actually, strike that. I’ve always wondered what it’d be like to be called a “fucking donkey” by an iPhone.

Read next: YouTube TV just arrived in a ton of new cities