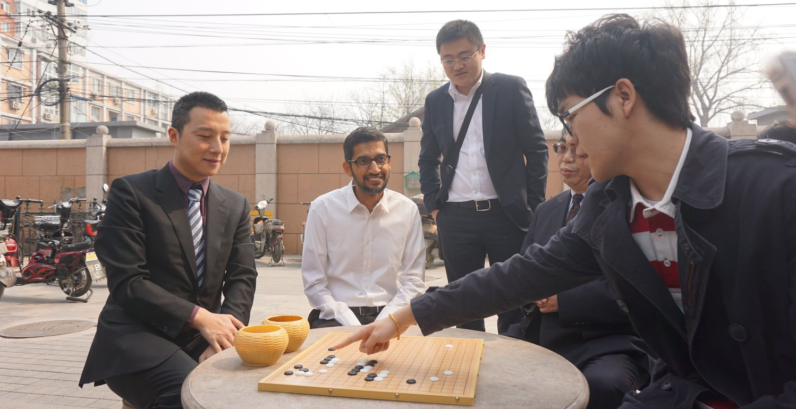 Google first brought attention to its DeepMind-based artificial intelligence AlphaGo when last year it obliterated the then-leading Go player Lee Sedol in a highly piblicized match-up. Now it wants to team up the crafty AI with humans so they can learn from its unusual moves.

In a new blog post, DeepMind CEO and co-founder Demis Hassabis announced AlphaGo is set to emerge on a new adventure that will first pair it up with professional Go players so they can learn from it – and then square it off against them so they can try to beat it.

During the period between May 23 and 27, the company will host a five-day festival focusing on artificial intelligence and Go in Wuzhen, China. Partnering with local government and the China Go Association, the ‘Future of Go Summit’ will bring AlphaGo together with the country’s top Go players and AI experts.

The event will offer a wide array of game formats that will put the AI and China’s highest-ranking Go players in various combinations, where the AI will play both as a teammate and an opponent.

For example, ‘Pair Go’ will pit two humans against each other, but both of them will have their own AlphaGo teammate to alternate moves with. ‘Team Go,’ on the other hand, will square off AlphaGo against five Chinese top pros in a match-up that aims to test the AI’s capacity to respond to combined styles.

The summit will culminate with a three-game one-on-one match between AlphaGo and the world’s number one Go player, Ke Jie.

AlphaGo previously faced the top-ranked pro in an online match-up disguised under the pseudonym ‘Master.’ The AI effortlessly defeated Jie, who had stated in the past that he remained skeptical that computers could pull off a victory against him.

Following AlphaGo’s landslide win, Jie said that while “[h]umans have evolved in games in thousands of years, [it appears] no one is even close to know[ing] the basics of Go.”

Read next: Flipkart acquires eBay India after $1.4 billion funding round