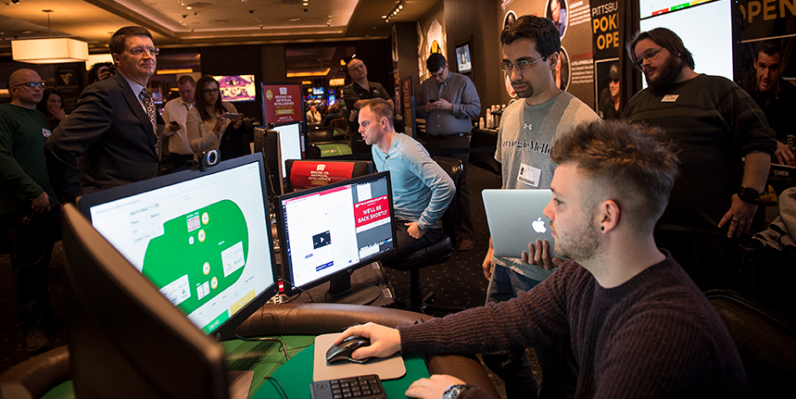 In yet another episode of man versus machine, an artificial intelligence developed by Carnegie Mellon University has been absolutely dismantling a team of professional poker players, accumulating a staggering lead of almost $800,000.

The showdown takes place as part of the “Brains vs. Artificial Intelligence” competition which pits a group of four poker pros against the crafty supercomputer Libratus in a heads-up game of No-Limit Texas Hold’em slated to continue for 120,000 hands.

Since January 11 when the contest initially kicked off, the players have now passed the midway point of the the race, having completed almost 65,000 hands in total.

What is more intriguing is that so far Libratus has managed to keep an impressive lead over its human opponents, stacking up a profit of $794,392.

While the seasoned players originally underestimated the AI, Jimmy Chou, who is one of the pros, told CMU that they’ve all come to regard the machine as a tremendously tough rival, noting the computer’s ability to continuously improve its game.

“The bot gets better and better every day,” he said. “It’s like a tougher version of us.”

Libratus, which was developed by computer science professor Tuomas Sandholm and his PhD student Noam Brown, is the first AI to edge out real professionals in a game of poker. Back in 2015, a supercomputer under the moniker ‘Claudico’ squared off with a group of poker pros, but ultimately ended up unable to turn a profit against the humans.

While Libratus still has 55,000 hands to play against the pros, it seems to be confidently striding on its way to victory.

“Brains vs. Artificial Intelligence” will continue everyday between 11AM and 7PM ET until completing all of the 120,000 hands scheduled to play out. Rivers Casino has posted links on its website where you can follow the tournament live on Twitch.

Read next: Why empathy and objectivity are the keys to product success