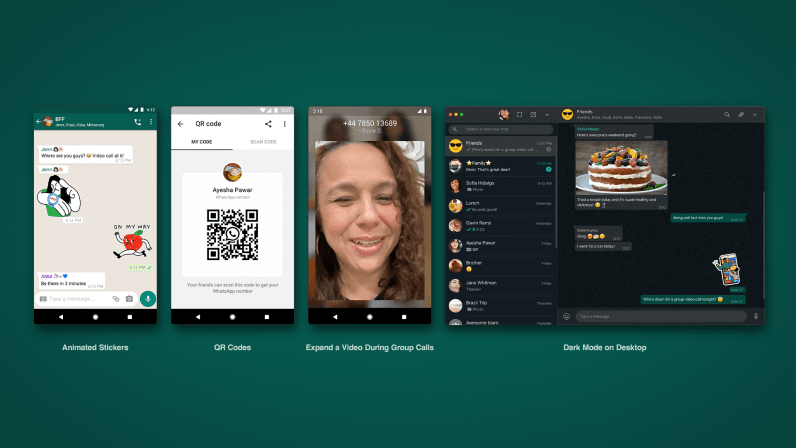 WhatsApp today announced a slew of new features that are set to roll out “over the next few weeks.” While we’ve heard about some of these for a while, it’s nice to get official confirmation.

The most notable addition is likely the ability to add contacts via a simple QR code, similar to the feature Snapchat introduced many moons ago; it’s a feature we’ve been hearing about since 2018. While people aren’t meeting up in person all that often these days because, you know, coronavirus, it’s a handy feature to have so you don’t have that should save some time over the slow manual process.

Other features announced today include:

You’ll need to have the latest version of WhatsApp installed, but you should see the feature show up on your device within a few weeks.

Read next: How to move multiple iOS apps at once