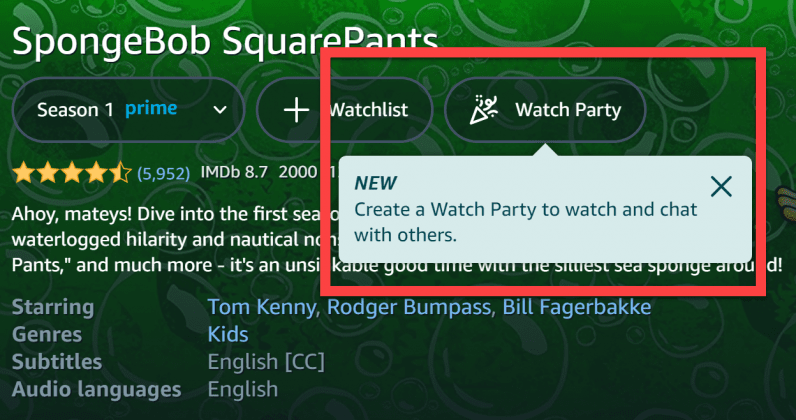 Just a month after Hulu began testing an official ‘watch party’ feature, Amazon has decided to join the bandwagon.

The company today began rolling out a beta of the feature (US-only, for now) that allows up to 100 viewers to participate in synchronized playback of a TV show or movie. Playback is controlled by the host, and there’s a chat window that participants can communicate with. And because it’s 2020 and all, you can communicate in stickers too.

To start a watch party, simply head on over to the content you’d like to watch; you’ll see the watch party button right on the show or movie’s title.

The feature is rolling out ‘slowly’ to Prime Video subscribers in the US – both viewers and hosts must be located in the US and have a Prime Video account. No word on when the feature might arrive in other regions. For more on how to start a watch party with other services, check out our guide here.