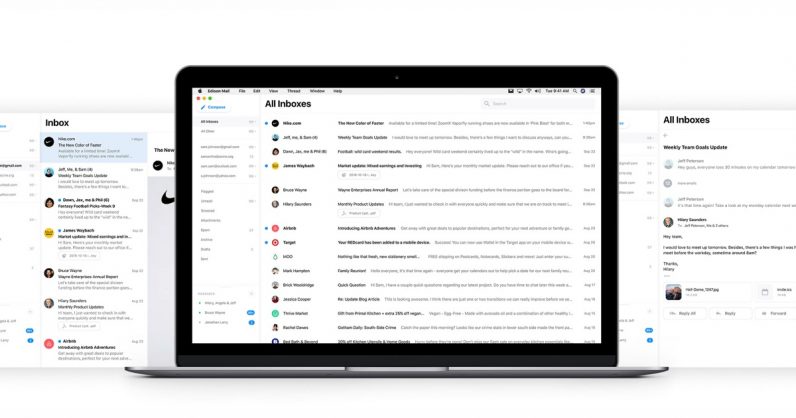 Popular mail app Edison launched a free email client today with support for multiple providers including Gmail, Outlook, and Yahoo! Mail. It’s also got a nifty unsubscribe button. The app is currently accepting a limited number of users through invites.

I’ve been using the test version of the app for about a week, and I’m quite pleased with its functionalities so far. It has a clean two-panel interface where I can easily see my inbox and the email I opened together.

There are handy unsubscribe and block buttons to stop receiving emails from a particular sender. One of the handiest features is the tab for unread emails. As a journalist, I get a ton of pitches and press releases every day. And it’s hard to track down some unread emails when I haven’t had a chance to sort through my inbox for a few days. So this tab helps me get to inbox zero easily.

The company says it’s also going to introduce auto-categorization feature soon that’ll sort your emails in sections such as Travel, Bills, Packages, and Entertainment. Since Google killed Inbox (RIP), I’ve always wanted an email client that can sort promotional, purchase, and travel emails automatically. If Edison can execute this well, I will be forever grateful to them.

Before using Edison Mail, I was using Boxy for Gmail, which gives you all functionalities and looks of native Gmail with some additional features such as read-mode and custom shortcuts. But you’ll have to shell out $49.99 for a yearly subscription, or $149.99 for the lifetime license. Edison Mail, on the other hand, is free to use. So, if you are not gung-ho about Gmail’s native interface, and want to save some bucks, it’s a good choice.

You can sign up to get an invite for the Edison for Mac client here.

Read next: Mars’ landslides defy the laws of physics — now scientists might know why