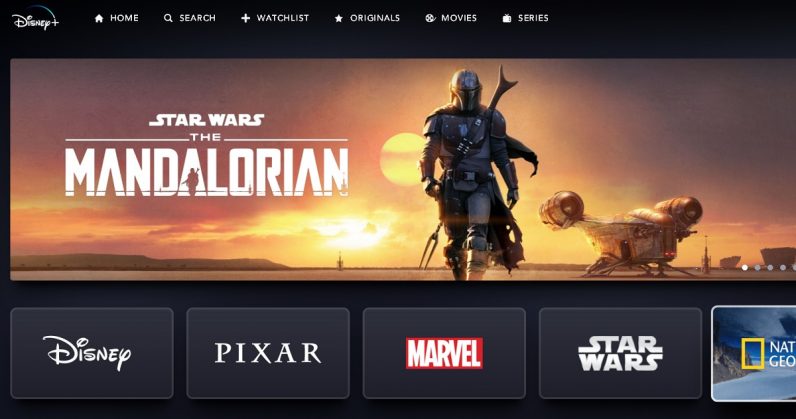 When describing Disney+ to friends and family members, I often sum up by saying it’s “basically Netflix for your inner child.” And indeed most of its feature are analogous to ones you’d find on its competing platform. But I’ve discovered one small extra unique to Disney+ that I’ve nevertheless found extremely helpful — namely, that it tells you when it intends to add new movies.

I first discovered this when I was searching for the Pirates of the Caribbean series and selected the fifth one, Dead Men Tell No Tales. I found that the movie was not available to play, but it does have a landing page for the film. Beneath the title is the text: “Due to existing agreements this title will be available on December 2, 2020. Add to your Watchlist now.”

(My aunt’s immediate response when I told her this was, “Why would you want to watch the fifth Pirates of the Caribbean movie?” I ask both her and my readers not to judge me.)

I’ve contacted Disney to find out if adding the title to your Watchlist means you get a notification when it’s available. I’m certainly not waiting until next December to find out personally.

I decided to make sure it wasn’t a fluke. I knew the platform didn’t have the first National Treasure — a pity, thought I, as it was a film my late mother and I enjoyed watching together — but I wanted to confirm it. Just like Dead Men Tell No Tales, Disney+ has a National Treasure landing page as well as similar text saying it’ll be available on April 30, 2020.

The one big problem I’ve always had with Netflix is that the way titles disappear and reappear on the streaming portion of the site is a bit arbitrary and obscure. I know, intellectually, that the reason for this is complicated licensing deals too boring to contemplate. But still, the clarity of Disney saying “yeah, we don’t have the rights to this movie, but we will by such-and-such date” is refreshingly transparent by contrast.

Note this only applies to titles Disney intends to have on its new service at some point. I tried searching for the company’s old shame Song of the South out of morbid curiosity and could not even find a landing page for it. Probably for the best — Disney’s already being teased for its rather hamfisted disclaimers warning of “outdated cultural depictions” on its older movies (“racism” is the word you want, in most cases). I can only imagine how much many bones it’d break tripping over itself to explain that one.

Read next: Huawei's Mate X is finally on sale in china, but it's already sold out