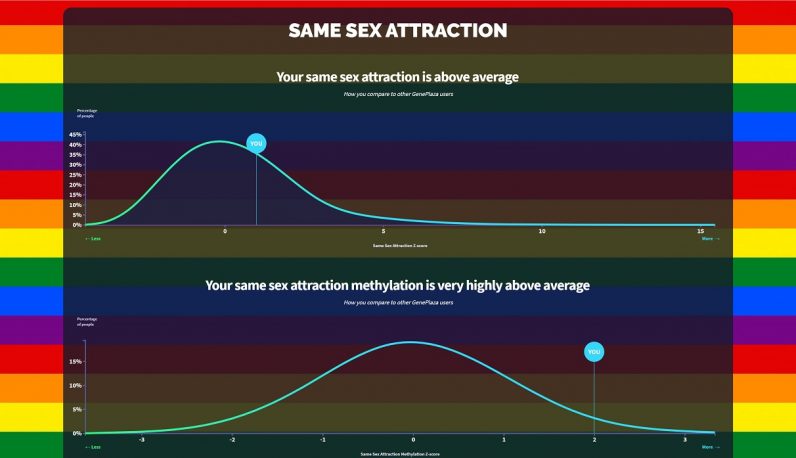 In what’s an obvious scam, a developer going by the name Joel Bellenson who allegedly works for a company called Insolent AI, created and developed a DNA analysis app that can supposedly tell “how gay” you are.

Of course it cannot. According to science – and the app‘s own description on the marketplace it’s sold – there is no one gay gene. The only thing the “How Gay Are You” app can tell you about yourself, if you buy it, is that you make very poor purchasing decisions.

You cannot tell how gay someone is with an app that interprets DNA. Depsite the fact that “gayness” has been linked to genetics, there isn’t a gay gene, group of gay genes, or any other method by which a person or AI could extrapolate “gayness.” You also cannot use AI to tell if someone is gay, that “gaydar” AI you read about awhile back was bullshit too. You can barely even trust self-reporting studies because it’s a confusing topic – some people don’t identify as “gay” until later in life, others identify as “straight” because they don’t count non-romantic same-sex sexual encounters. The point is: it’s all bullshit.

Someone by the name of Joel Bellenson also named as a creator of the app. His LinkedIn profile says he's based in Uganda, which is problematic in light of this news: https://t.co/ggfeDTCrCw

One Zero writer Emily Mullin pointed out that the app‘s alleged author appears to be located in Uganda, where “homosexuality” is illegal and politicians are currently trying to make it punishable by death. In other intolerant countries, such as the US, it’s legal, in at least some areas, to discriminate against those who identify as, or are suspected of being queer.

And, while there’s absolutely no chance that this idiotic app can tell if anyone is gay (much less how gay someone is, ffs), there’s certainly a chance that someone will believe it can, much like there will always be those who believe in “Love Tester” machines and tarot cards.

While the potential danger of this app‘s use as a tool for discrimination is certainly bad enough, and the fact that it claims to have any informational value whatsoever makes it a scam to begin with, we’d also wager it’s a third-party DNA selling scam.

See, you have to get your DNA sequenced or pay the GenePlaza marketplace to sequence your DNA so that you can use this app and the dozens of other scammy apps available there.

GenePlaza didn’t return our requests for comment, so it’s just conjecture on our part to assume it’s selling DNA – the practice is incredibly common in the industry. The company has a privacy policy page that says it’ll “never, ever sell your data,” but it also says users agree to have their data “processed” which it defines as:

Processing: any operation or set of operations which is performed on personal data or on sets of personal data, whether or not by automated means, such as collection, recording, organisation, storage, adaptation or alteration, retrieval, consultation, use, disclosure by transmission, dissemination or otherwise making available, alignment or combination, restriction, erasure or destruction; in this Policy, the terms “processing”, “process”, “processed”, etc. refer to this definition.

The portion that reads “consultation, use, disclosure by transmission, dissemination or otherwise making available” is particularly interesting.

Read next: Twitter details what world leaders would have to do to be banned