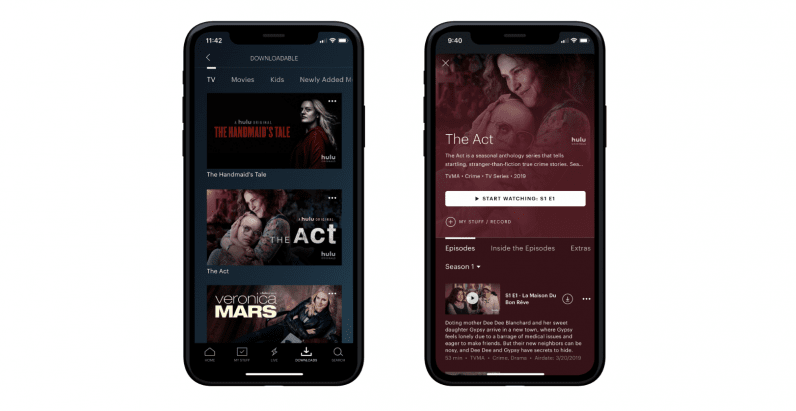 Well, better late than never. Today Hulu announced it was finally adding the ability to download shows to view offline, following the feature’s addition to Amazon Prime Video and Netflix years ago. The feature is coming to iOS first, and Android users ‘soon.’

While in an ideal world we’d all be able to watch streaming video at perfect quality at any time, the reality is often far from that. Whether you’re on an airplane, your gym has spotty wi-fi, or you don’t want to use your mobile data on the go, there is a myriad of reasons you might want to download videos to watch later.

For me, it’s often simply to be able to watch videos at maximum quality with no buffering. Few things are worse than when a show pauses to buffer in the middle of an intense scene.

There are some caveats. In Hulu‘s own words:

Additionally, the plan is only available for viewers on the company’s No Ads plan, so you’ll have to pay extra if you’re on the cheaper subscription.

Still, it’s a welcome update. Android users will have to sit tight for a while longer, but iOS users can update to the latest version of the app to try out the new feature.