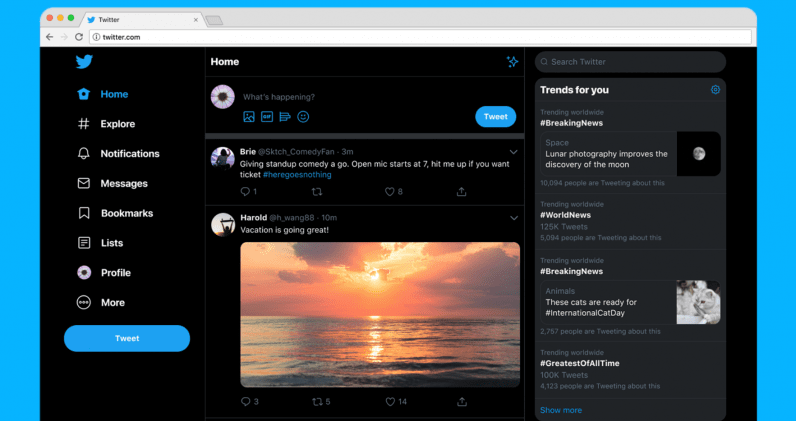 We’ve been hearing rumblings of a redesigned Twitter.com for months, but it’s finally here. The social network today revealed its new look – designed to better line up with its mobile apps – is rolling out to users today.

Cleaner aesthetics aside, there are a few key functionality changes:

These changes are built upon a major revamp of Twitter‘s back-end architecture – the company says it rebuilt Twitter.com from scratch.

Among its goals were creating a faster, more efficient platform, and ensuring mobile users have access to the same breadth of features as desktop users. Tablet users, for example, will be able to use the same keyboard shortcuts as desktop users. Moreover, the new site will only load features as you need them, helping save data for those on metered connections.

Twitter says it received “hundreds of thousands of responses” during its test period, guiding the final design. As usual, the internet is likely to be divided on a new look, but at least this one brings some meaningful improvements.

The design is rolling out gradually now, but if you don’t have it yet, you can go ahead and try it by clicking on your avatar and selecting “Try the new Twitter.” Be warned: once you switch, you can’t go back.

Read next: Gears of War 5 reworked to remove smoking it apparently never had