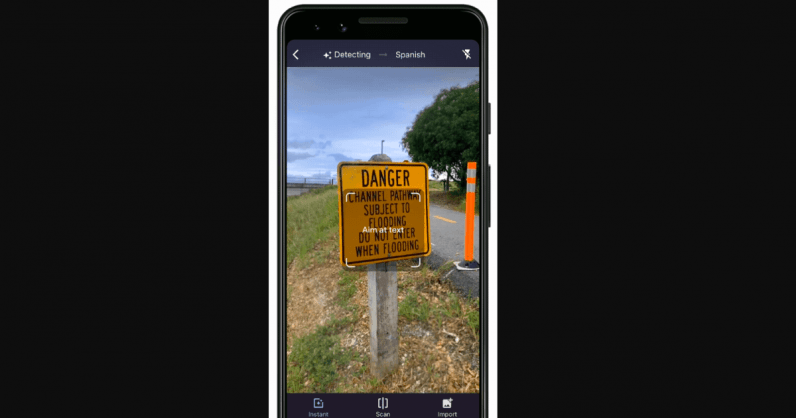 As someone who’s writing this from a foreign country, I know it’s often insanely hard for foreigners to navigate a town when every sign is written in a different language. At times like this, Google Translate app’s instant camera translate feature becomes really handy. Now, Google has updated it with faster on-device translation, support for 60 more languages, and automatic language detection.

Earlier, you had to select the source language and the language you wanted to translate the text in manually. With the new update, you can point the camera to a sign, and the Translate app will automatically detect the language. To use that feature, you have to select “Detect language” as the source language. Google has also refreshed the interface and placed instant, scan, and import features at the bottom for easier access.

The company has also added support for 60 languages including Arabic, Hindi, Malay, Thai, and Vietnamese. Now, you can translate 88 languages into more than 100 languages. You can check out the full list of supported languages here.

This produces more accurate and natural translations, reducing errors by 55-85 percent in certain language pairs. And most of the languages can be downloaded onto your device, so that you can use the feature without an internet connection. However, when your device is connected to the internet, the feature uses that connection to produce higher quality translations.

The app update will also reduce text flicker on the screen to make it easier to understand translations. This is a pretty cool update that improves translation experience both in terms of speed and accuracy.