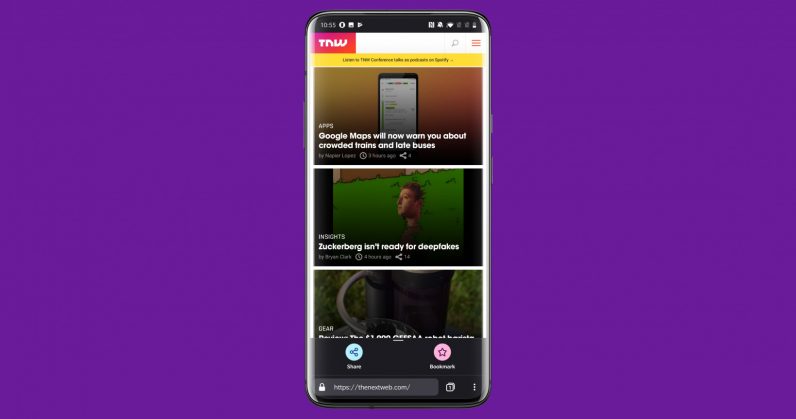 Mozilla has announced the first preview of a completely redesigned version of Firefox browser for Android, and you can test it right away.

Firefox Preview has been built from the ground up using Mozilla’s own GeckoView rendering engine and will ultimately replace the current Firefox for Android mobile app “this fall.”

The pilot version promises to be twice as fast as the last stable version and also brings Firefox‘s tracking protection, which is on by default.

GeckoView already powers its privacy-focused mobile browser Firefox Focus, but Mozilla is pausing development on that app to focus all its efforts and resources on GeckoView.

The long-term strategy, it appears, is to merge Firefox and Firefox Focus.

Explaining the rationale behind the new app, Mozilla said “we realized that users demanded a full-fledged mobile browsing experience, but more private and secure than any existing app. So we decided to make Firefox more like Focus, but with all the ease and amenities of a full-featured mobile browser.”

In our brief trial this morning, we found Preview to feature a revamped minimalist interface and snappy performance – but we’ll need to test it extensively before we can confirm it’s indeed quicker than other browsers out there.

If you’re a developer or an early adopter, you can give it a spin by downloading the app from Google Play here. The company is also encouraging feedback via email or on GitHub.