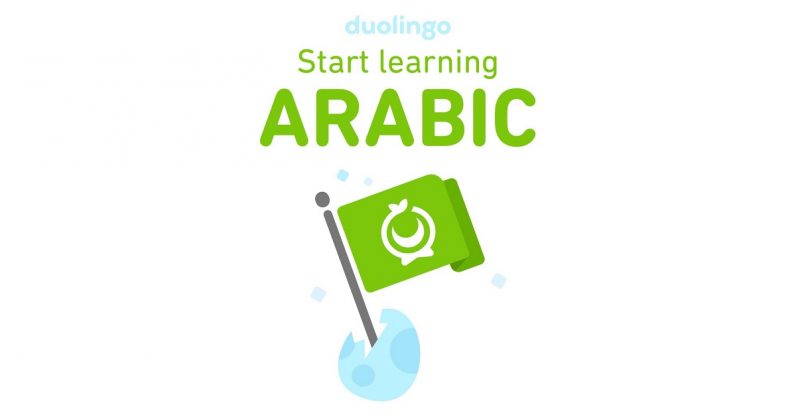 Duolingo’s stable of languages expanded today to include Arabic — both the spoken and written word. With this, Duolingo now teaches five of the world’s most common tongues, and TNW got the chance to look at the course a few days early. We also spoke with some of the people behind the course, who revealed what kinds of stumbling blocks they faced bringing the language to the West.

Arabic can be difficult for non-native speakers — I’m not shy to admit I struggle with any language that doesn’t use the Roman alphabet. Babbel rates it as one of the hardest due to the fact that some sounds common in Arabic are uncommon (if not completely unheard of) in English, and because there are several varieties in dialect throughout the Arabic-speaking world.

It’s not an easy language to build a course for… The version we’re releasing right now is focused on grounding people in the alphabet. We have a lot of exercises that focus on building skills and literacy, as well as teaching pronunciation — because there are a number of sounds in the Arabic language that we don’t use in English, so it’s training the ear to be attuned to those sounds.

I’ve been testing the course myself for a few days and, as with all languages, repetition definitely helps. Seeing the same letters for the same sounds or collection of sounds makes it much easier to “assign” them appropriately. Also, hearing it broken down to sounds first definitely helps the language feel less intimidating. The last time I tried to learn, I had to use flash cards — this is infinitely better.

Arabic is also rife with phrases that are dependent on social context, or which are expected to be used as a call-and-response. Dr. Emilie Zuniga, who has a Ph.D in Arabic Linguistics and who worked as a consultant on the course, told TNW that teaching those formulas was tricky. “Off the top of my head, I can think of a dozen that are used on a daily basis: ‘Good morning.’ ‘Good evening.’ ‘Peace be upon you.’ All of those have a specific answer that you’re expected to give.”

Arabic is also a language with wildly different dialects. Speaking as someone who once listened to a lot of what my local record store called “world music,” a Levantine Arabic singer sounds very different to one from Morocco. According to Wilson, Duolingo chose to use Modern Standard Arabic, a dialect that’s universally understood (if a little formal). Dr. Zuniga said the point was to both help non-native speakers navigate a wide swatch of the world, and to represent the largest possible percentage of the people in that world:

We wanted to make sure users could learn a version of the language that would make them as comfortable as possible communicating with anyone who’s an Arab. As for the dialect choice, there’s always the issue that lots of Arabic-speakers have been waiting for this course to be made and released, and we wanted to make sure those people feel a sense of ownership. For someone who is from Morocco, and the course is released in Syrian Arabic — that’s not a political neutral choice.

If I have one criticism of the Arabic course, it’s that sometimes it doesn’t exactly teach you how to appropriately imitate a sound — specifically, the sounds Wilson mentioned that aren’t used in English. There’s a world of difference in sounds depending on the placement of the teeth and the tongue, and it’s hard to mimic a dance if you’re just kind of guessing the steps. For example, there’s a sound in one of the early language packs that’s romanized as “dh.” It sounds somewhere between a “d” and a “th,” and that’s not a sound I’m used to making, so it’s hard to imitate by ear alone.

Other than that, it’s a good course that rounds out Duolingo’s offerings. It’s nice to see another common language join the likes of more obscure courses like Hawaiian or Navajo (not to mention fictional ones like Klingon and High Valyrian). If you’re interested, you can access the Duolingo Arabic course here.

Read next: Review: The Microsoft Pro Intellimouse is a really, really lovely mouse