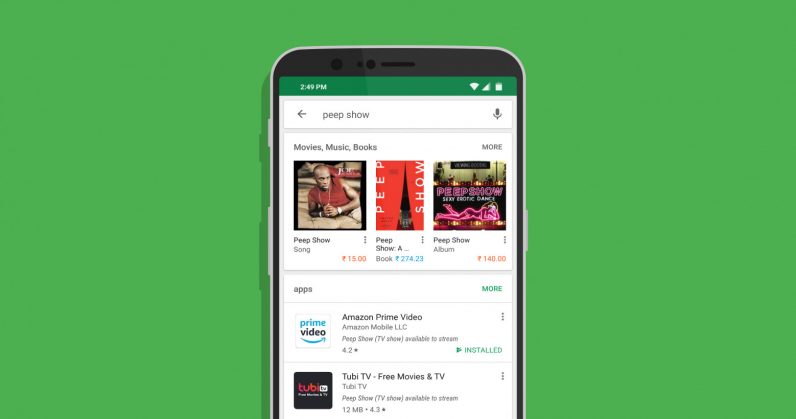 The Google Play store has a nifty – and seemingly new – feature that should make it a whole lot easier to stream your favorite movie or TV show: its search now lets you look up content right in the store, and displays services that host it.

To use it, simply fire up the Play store on your Android device, and punch in the name of any TV series or movie, and it’ll list streaming apps that have what you’re looking for. Naturally, if it’s available on Google’s own video platform to buy or rent, those listings will show up as well.

Android Police noted that it currently doesn’t scan Netflix’ library – which is a major bummer – but it worked just fine for everything that’s available to me on Amazon Prime Video here in India.

It’s handy for when you know what to watch, but not where. The search tool should work with all the apps listed on this page, which includes Hulu, HBO Now and HBO Go, CBS, Showtime, and Fox Now – and at present, it looks like it’ll be more useful to people in the US than elsewhere in the world where these services aren’t yet available.

Read next: Sony's 1000XM3 makes one of the best noise-cancelling headphones even better