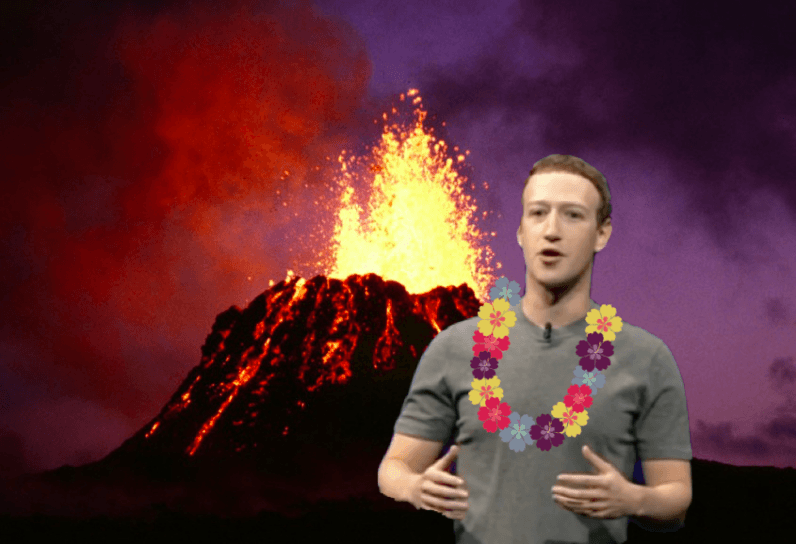 Facebook is reportedly working on an Amazon Echo and Google Home killer, codenamed Aloha, which would pair a video chat service with an AI assistant. Now, thanks to some clever reverse engineering, we’ve got a sense for what this will look like.

Jane Manchun Wong, a prodigous reverse engineer who has uncovered hidden gems in popular apps like Slack and Facebook, stumbled across this feature within the standard Android Facebook Messenger app.

Right now, it’s pretty barebones. The only thing that works is the UI, along with some pretty rudimentary speech-to-text recognition. Speaking to TNW, Manchun Wong hypothesized that Aloha’s full features are only available to those who can authenticate with a Facebook employee account.

Facebook has done a good job of hiding Aloha. Manchun Wong was only able to find the feature by delving deep into Messenger’s internals — an arduous process which she said required her to pull an all-nighter.

And this is what the app icon looks like (at least as an internal prototype) pic.twitter.com/mfnOvcCwwh

For the past couple of years, rumors have swirled about a Facebook-built “Echo killer.” According to DigiTimes, Aloha was supposed to have been released in July. Obviously, this didn’t happen.

Although Manchun Wong’s reverse engineering efforts didn’t uncover any information about an upcoming hardware release, it could certainly be considered proof-of-life for the overall Aloha project. In short, Facebook hasn’t forgotten about it.

That said, it’s worth noting that Manchun Wong uncovered the Aloha feature on the standard Android version of the Messenger app. Could it be that Facebook has decided to pivot away from releasing a hardware product, and instead focus on a less risky and more scalable software service? Maybe.

I do think it’s interesting Aloha has made an appearence in August, right before the run-up to the holiday season. The fall months — particularly October and November — see a flurry of product launches, and if Facebook has something nearing completion, it could quite possibly be in a position to launch a device before Christmas.

Annoyingly, this is one of those things where only time (or maybe a candid remark from a Facebook exec) will tell.

Read next: Steve Wozniak seems to have terrible taste in cryptocurrency