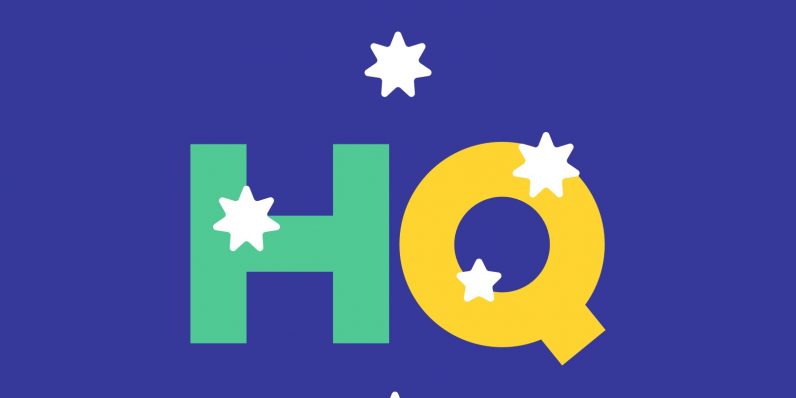 Put down the tinnies, douse the barbecue, and pick up your phones, Australia. Starting today, HQ Trivia is now available in your fair land.

The spin for the Australian market is called, unsurprisingly, HQ Australia, and will be hosted by New York-based aussie expat (and The Hollywood Reporter journalist) Lyndsey Rodrigues.

The formula remains the same, however. Players have to answer twelve questions, ranging from easy to fiendishly difficult. Answer all of them correctly, and you win a share of a prize pot of $600 AUD (or about $450 USD at the time of writing).

The biggest difference is found in the content, which is geared to an Aussie audience. Expect to see more questions about Kylie Minogue than Kylie Jenner; more Cory Bernadi than Bernie Sanders.

Australia is the latest country to get a HQ spin-off, and follows the US and Germany. Players wanting to win some extra cash can tune in weekdays at 9PM AEST, starting today.

Read next: We need to reduce our dependence on technology if we want to keep innovating