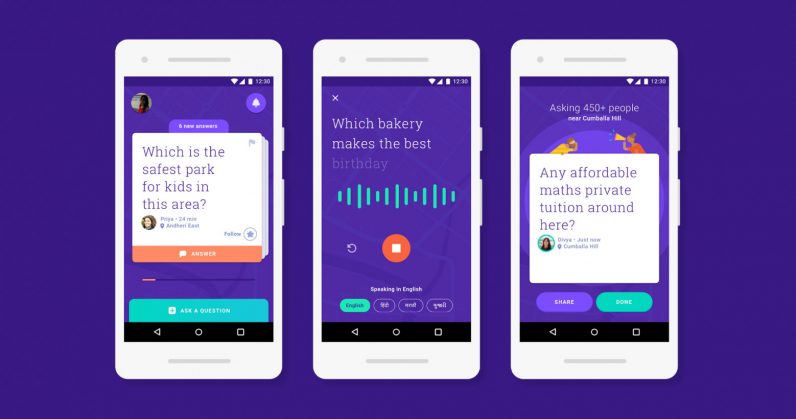 Google has launched Neighbourly, a mobile app designed to help you learn about your neighborhood by asking other residents. It’s a way to find out about local services and facilities in your area from people who live around you.

The beta is presently only available on Android and open to people in the Indian city of Mumbai, it lets you ask questions using text or your voice in English and eight Indian languages. Others can swipe between questions and answer them. Your personal information isn’t shared, though people will be able see your profile picture and first name.

That should come in handy for people who live in big cities, or for those who have just moved to a new part of town.

It’s interesting to see this push from Google towards creating more avenues and platforms for hyperlocal information. The company already encourages users to review businesses, restaurants, and other establishments in its search engine and Maps service.

It’s also worth noting that Google has decided to pilot this app in India, as opposed to its home base in California. In many parts of the US, the Netherlands, and France, people are already used to Nextdoor, a platform to connect people in their own local communities.

Google is also keen on getting into the burgeoning digital payments space in the country. In September 2017, it launched Tez, an app that runs on India’s UPI platform for instant bank transfers, to let people send and receive money, as well as pay utility bills.

If you’re in Mumbai and use an Android device, you can try Neighbourly right away by installing the app from Google Play. If your neighborhood isn’t listed, you can sign up to be notified when it’s added to the service.