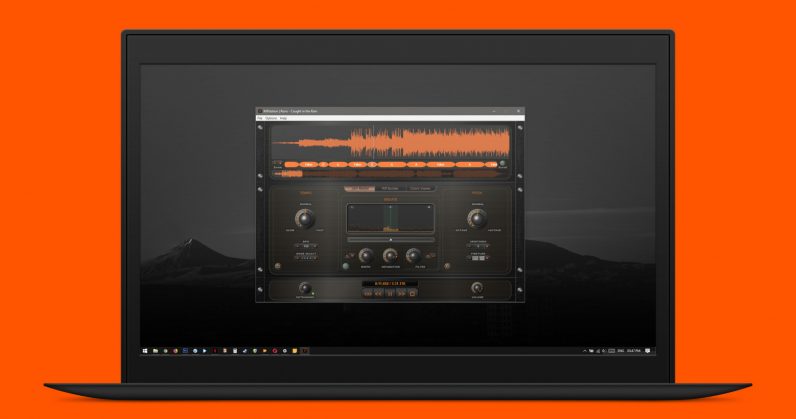 Fender’s $35 Riffstation desktop app, which helps you break down songs to learn its chords and riffs at your own pace, is now available for free on macOS and Windows.

Fire it up, open an MP3 or CD track, and Riffstation will break it down to show you the chords for the entire song. You can also slow the music down or speed it up, transpose its pitch, select a portion of the track to loop and learn, isolate instruments to hear them on their own, play along with a metronome, and view the chord shapes for guitar.

There are other – and certainly newer – web and mobile apps that do the same thing, but I find Riffstation especially useful because I’m most often playing and learning at my desk. The app worked great on the rock and pop tracks I used it with, naming major and minor chords correctly almost all the time.

However, it occasionally got a couple of them wrong; it also doesn’t display complex voicings, like 7ths and diminished variants.

That being said, it’s perhaps better to use this for learning songs than following guitar tablature note-for-note: you’re forced to really listen to the song and figure out the nuances on your own, and that helps develop your skills as a musician.

The Riff Builder tool is pretty interesting on its own: you can use it to select portions of a song to loop – whether that’s to slow it down so you can learn it easily, or to create a spot that you can solo over endlessly, or to create an entirely new song just for kicks. It does take a bit of getting used to, though, so I’d recommend familiarizing yourself with the instructions on this page before trying it out.

As you’ve probably surmised by now, you don’t need to play guitar to get some use out of this app. The chord analysis should be equally helpful for pianists and bassists, and the Riff Builder will come in handy for anyone who wants to fiddle with their favorite tracks and experiment with new ideas on them.

Fender, which acquired the Irish startup that made Riffstation back in 2015, didn’t specify why its web-based service for learning songs was being deprecated – but it’s likely got something to do with music licensing issues. We’ve contacted the company to learn what’s up. In the meantime, you can enjoy this handy app for getting to grips with the songs you hold dear in your offline music collection.

Download the app for macOS and Windows from this page.

Read next: SEC sets up a fake ICO to warn naive investors against cryptocurrency scams