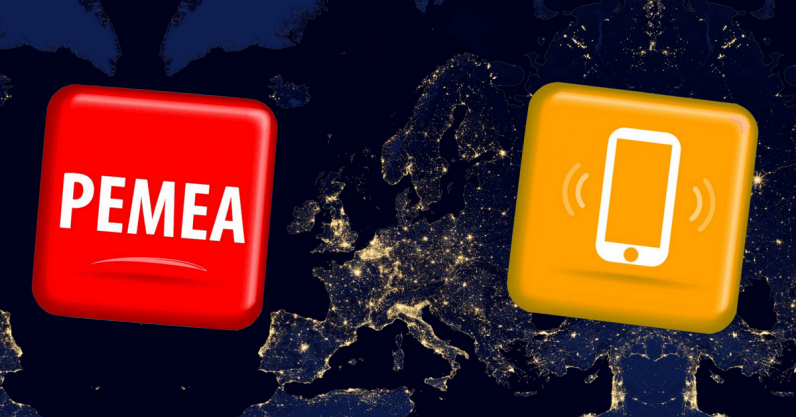 The European Emergency Number Association (EENA) just announced the launch of PEMEA architecture at its conference in Slovenia. PEMEA stands for Pan-European Mobile Emergency App and the architecture was created by EENA, Beta80, and Deveryware to enable emergency apps to contact emergency services across borders in Europe.

This hasn’t been possible up until now with most emergency apps only working within limited areas. TNW is in Ljubljana, and we spoke with Christina Lumbreras, technical director of EENA, and Luca Bergonzi, sales executive at Beta80, to understand better what the PEMEA architecture can do to save people’s lives.

Making use of every resource, everywhere

“Let’s say a 112 center in Europe has created it’s own emergency app for its citizens — like many have done — the problem they face is that if people go out of the country or outside the region the app won’t work. For example, I live in Brussels and if I have an emergency here in Slovenia my first instinct is to open the Belgian emergency app, rather than the Slovenian one,” explains Lumbreras.

During an emergency people act on instinct so it’s important to make sure that the apps work no matter where the person is because the added information emergency apps provide can be invaluable. Lumbreras says that currently, in a best case scenario, her Belgian app would call Slovenian emergency services but wouldn’t send any of the additional data. However, often when apps are used outside their intended region the local emergency services won’t even hear the person in need — which can be a life-threatening problem.

“The reason why we need PEMEA is that there are hundreds of emergency apps in use across Europe but some of them aren’t even officially connected to 112 or public safety forces,” says Bergonzi. “So there are a lot of apps out there that can benefit from becoming a part of PEMEA because they could be used for their original purpose, across borders.”

This will allow emergency services to use every resource available to them, increasing the likelihood of averting life-threatening situation. But after seeing a lot of advancements in automatic geo-location tech, for example the implementation of Advanced Mobile Location (AML) in Android devices — and recently iOS as well — aren’t emergency apps becoming obsolete? Apps require forethought and preparation, while AML works automatically during emergency calls, sending incredibly detailed location data to emergency services.

Bergonzi disagrees and explains that while AML is a great addition to the available tools for emergency services, it’s limited in what type of data it can provide first responders. “I think apps are much more crucial than AML. Apps can deliver more data, while AML is just location. Also, AML will soon become a completely automatic function of emergency calls everywhere while apps will keep developing. They will be able to offer video calls, chatting, data concerning the user, and other added value services — that only apps can bring.”

Bergonzi also feels that the quantity of emergency apps isn’t bad, while some would think it would muddy the waters, Bergonzi believes in the more the merrier — as long as they can directly connect to emergency services.

If you have an app and let’s say it’s been downloaded by 15 percent of the population. These people make around three to four percent of the emergency calls with the app, while the other forget. The reason is that apps need to be marketed heavily and people need to be taught to remember to use them.

But what if we had more than just this one app? If we had three, four, or even more apps connected to the emergency services this percentage could go up to six, then nine percent, and so on. The more apps you have the higher the chance is that people call using an app that provides even more detailed information to dispatchers.

The future of PEMEA

In the first year of the project, the goal is to have at least four European countries the PEMEA platform — with Spain and Italy already confirmed — and hopefully over eight countries by the end of 2019. To get an app connected to the PEMEA architecture, it needs to fulfill necessary eligibility criteria which can be found on the EENA website.

Bergonzi and Lumbreras also stress that although the PEMEA seems focused on apps, it’s also important to get emergency services on board to implement PEMEA on their end — even if they don’t have an official emergency app in their country. The reason is that they’d instantly gain access to all the benefits of already existing apps and thereby greatly improving the safety of their citizens.

Read next: The podcast industry wants to befriend Alexa