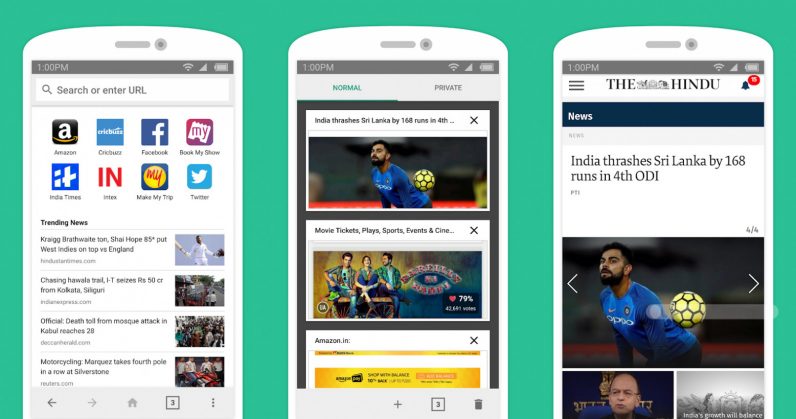 There’s no shortage of web browsing apps on Google Play, and today, Amazon’s added one of its own to the list for some reason.

It’s called ‘Internet‘, and Amazon says it’s ‘fast, lite, and private.’ To that end, the app weighs in at under 3MB, features a basic design with a bunch of shortcuts and links to trending news articles on the home page, as well as support for incognito browsing.

TechCrunch notes that it’s only available in India at present, and can’t be downloaded on popular devices from Xiaomi and OnePlus at the moment – instead, I only found it to work with the Chuwi Hi9 tablet I’ve been testing. Granted, it hasn’t yet clocked even a thousand downloads, so it’s likely that Amazon is testing it by rolling it out slowly.

The big question about Internet, though, is, why did Amazon build it? The company already has its Silk browser running on its Android-based Fire tablets and phones, but that app isn’t available in the Amazon Appstore for India.

Internet also doesn’t seem like a particularly compelling alternative for folks in India: it doesn’t yet offer support for local languages, and doesn’t work any better as a browser than what you’d get from pre-installed options on devices from most manufacturers.

It’s possible that this is part of a larger strategy for Amazon in India: it launched its Echo speakers in the country a few months ago, complete with customizations and localized skills for its Alexa assistant to work for the Indian audience – and its Prime subscription service, along with music and video streaming, is going strong. But it’ll need to do better with its browser if it wants people to switch from Chrome or anything else that’s already installed on their phones.

We’ve contacted Amazon to learn more and will update this post if there’s a response.

Read next: Cambridge Analytica planned to launch a cryptocurrency for selling personal data