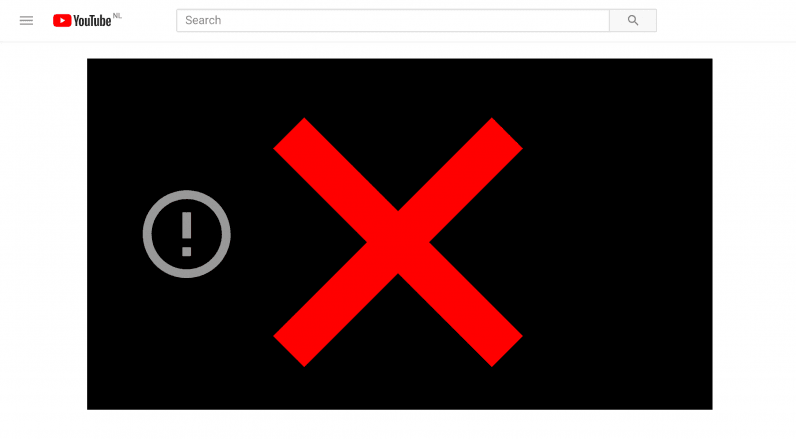 Something fishy is going on with YouTube. It appears the Google subsidiary has been hit by hackers as a number of popular music videos have been defaced – or have suddenly disappeared. Indeed, the platform’s most viewed video ever – Despacito by Luis Fonsi and Daddy Yankeee – was temporarily unavailable on YouTube.

It remains unclear what the source of the attack is, but most of the affected videos were uploaded from Vevo accounts.

Someone just owned a LOT of VEVO accounts @YouTube. pic.twitter.com/dlGTFrypW8

While social media chatter suggested the attackers had initially deleted Despacito and many other videos, it appears that the clips were merely delisted. Despacito has since resurfaced on the platform – for better or worse.

Here is an example from the channel of French rapper Kaaris:

Other affected videos included songs from Chris Brown, Shakira, Selena Gomez, Katy Perry, and Taylor Swift, according to a report from The Verge. Most of these clips have since been edited to remove the defaced content.

One of the hackers involved in the attack said that they used a script to tamper with the videos:

Meanwhile, another member of the hacking group has threatened to take down the YouTube channels of NASA, as well as the controversial Paul brothers – Logan and Jake.

Here is what the hacker said:

I'll do one challenge with you guys. If we didn't hit 40,000 followers this day I'll take down @NASAHubble @NASA and @jakepaul @LoganPaul

We have reached out to YouTube and Vevo for further comment and will update this piece accordingly should we hear back.

Update: Vevo has since provided the following statement to TNW:

Vevo can confirm that a number of videos in its catalogue were subject to a security breach today, which has now been contained. We are working to reinstate all videos affected and our catalogue to be restored to full working order. We are continuing to investigate the source of the breach.

Update: YouTube has since also provided a response to the hack from earlier today, strongly suggesting the breach did not originate from its systems:

After seeing unusual upload activity on a handful of VEVO channels, we worked quickly with our partner to disable access while they investigate the issue.