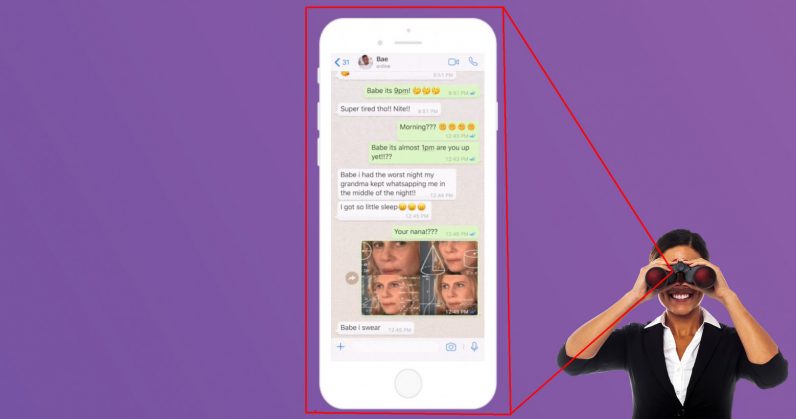 If you rely on WhatsApp to message friends and family, it’s important to know that the service lets your contacts know about when you’re available to chat, and whether you’ve read their texts.

That’s not all: Lifehacker has spotted Chatwatch, a new iOS app that uses WhatsApp’s public online/offline status feature to tell users how often their friends check the app, and estimate when they go to bed each day; it can even correlate data on two contacts you choose to guess if they’ve been talking to each other.

Yeah, there’s no need to give anyone that sort of ammo. I prefer to maintain a low profile on messaging services so I can chat and respond on my own terms, so it’s rather alarming to know that my contacts can keep tabs on me this way.

The company says there’s not a whole lot you can do about it: even if you’ve disabled the ‘Last Seen’ feature in your account settings, it’ll still be able to figure out your WhatsApp activity. We’re presently testing it and haven’t yet seen results, as Chatwatch generally requires 24 hours before it can generate certain insights.

But the first feature – revealing how often your friends check WhatsApp – seems plausible, because, as we learned with a quick trial with a few phones, it’s possible to find out if a WhatsApp user is online or not simply by initiating a conversation with them (no messages need to be exchanged for this to work). So it’s possible that Chatwatch’s system is automating this process of checking on users and aggregating data to deliver insights.

Naturally, it’d be great to see WhatsApp disable this functionality so we can maintain at least a semblance of privacy in our lives. For now, you’ll have to hope and pray that your contacts are too stingy to shell out the minimum subscription fee of $2 (to spy on any two numbers for a week) to keep an eye on you.

For reasons unknown to us, Apple has suspended our app from the app store. We are working on a web version to launch tomorrow the latest, and appealing the decision with Apple.

Read next: Autoplaying video adverts are coming to LinkedIn