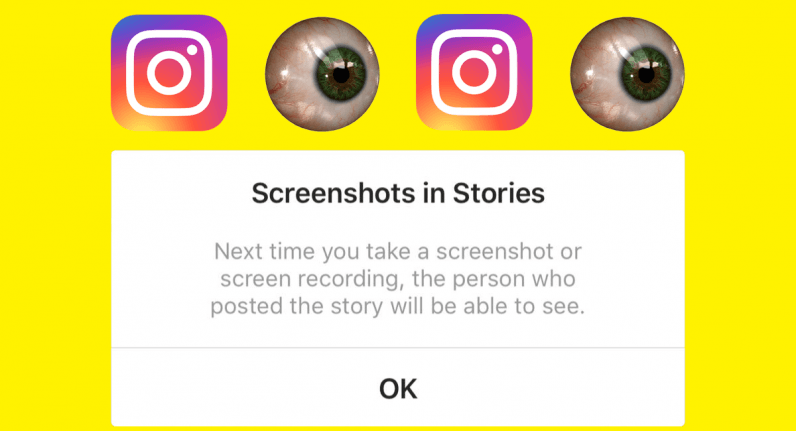 Update 09:00 UTC, June 15: Instagram has revealed it is no longer notifying users when someone screenshots their Stories. Read more here.

Forget about taking screenshots when creeping on your friends’ Instagram Stories: the Facebook subsidiary is making changes to its app – and it will now notify users whenever someone has screengrabbed their Stories.

When you take a screenshot of a story, Instagram now snitches on you by placing a star-shaped icon next to your handle.

Conversely, Instagram is warning users that their screenshotting habits are no longer private with the following message.

It seems that the Facebook-subsidiary will only alert you to this change once – so in case you missed it, now you know to think twice before screenshooting Stories mindlessly.

Here is what the warning reads:

….well it's over for us bitches 😶 pic.twitter.com/KTOf1E3Qrn

Despite the changes, it is worth noting that there are still ways to screenshoot Stories without getting detected.

As pointed out by users on Twitter, setting your phone in flight mode while taking screengrabs won’t trigger Instagram’s warnings; another workaround is to download stories from the Instagram website. Alternatively, you can also resort to Story Reposter to pull off the same trick.

One thing to mention is that it appears the app is opting for a slow roll-out of the new feature. While some TNW staffers were able to see who screenshot their Stories, others couldn’t yet use the feature.

Earlier in January the company enabled activity status in its direct messages, effectively allowing people to see when the last time you were actively using the app was.

Read next: Cryptocurrency and crowdfunding — a perfect match? This fundraising company thinks so