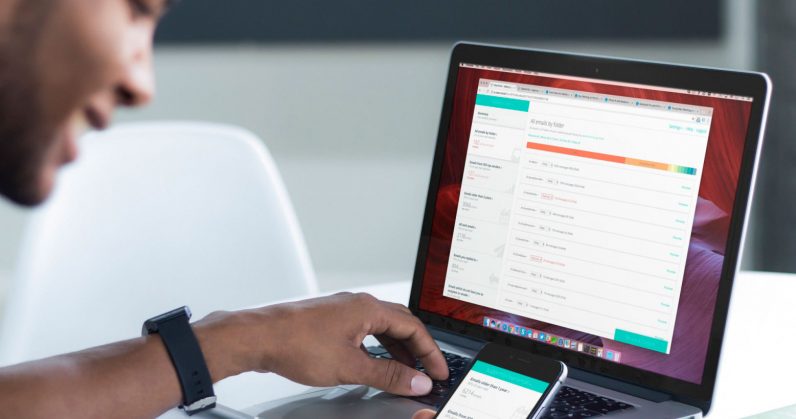 Having had the pleasure of working with TNW full-time for over three years now, I’ve accumulated more email in my work inbox than I ever thought I’d receive in a lifetime. I remember trying to develop good habits to keep it clean back when I started here, but they were all in vain – and now I’ve got some 70,000 messages taking up more than 70 percent of my allotted 30GB of G Suite storage.

I’ve devised a number of search filters to help with all that unwanted mail, but Gmail isn’t designed for triaging messages in such large volumes – not easily, anyway. Thankfully, there’s a better way, and it’s called CleanEmail.

It’s been around for a bit, and works with Gmail, G Suite, iCloud, Yahoo, Outlook, Fastmail, and anything that plugs in via IMAP. The web app provides you with a dashboard to easily sift through your inbox, with several ways of filtering emails so you can decide which ones to chuck.

For example, the Quick Clean tab told me that I had nearly 30,000 messages that were older than two years, and taking up 6.6GB of space. With a couple of clicks, you can have CleanEmail archive, trash or label them, and do so with any other messages that match this criterion in the future. It also spots newsletters, and notifications from social networks and project management apps like Slack. I’ve never had an easier time clearing out entire gigabytes’ worth of email until now.

Since this is my work inbox, I’m wary of running the tool willy-nilly, as I could lose important messages that I might need later. You can prevent that from happening by listing specific email addresses that you write to or receive messages from so that the app knows to avoid them while cleaning up. Similarly, you can set it to skip messages by label, or by time sent/received.

CleanEmail is far better at clearing my inbox of clutter than I am when I try to do so manually. It’s a bit expensive at $10 a month per account, but you could probably get away with using it for that long just once a year. There are plans for five and 10 accounts which are far more economical if you split the cost with friends and family. Oh, and the company says it doesn’t access your email contents (just the headers), and doesn’t analyze or sell your data. That’s worth paying for.

Sound like your cup of tea? Give CleanEmail a go by visiting the company’s site. The first 1,000 emails you clean up are on the house.

Read next: Webcam girls are now — you guessed it — on the blockchain