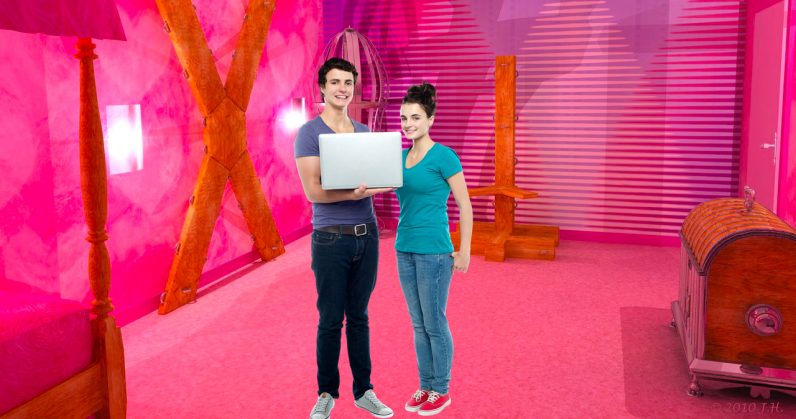 So you’ve enjoyed a lovely date; you’re sharing a cab home; things are going great. You suggest a nightcap and your companion agrees. There’s magic in the air, the sexual tension is at boiling point, and you’re both all set to do the deed. What better way to kill the vibe than to whip out an app on your phone to request consent?

That’s what LegalFling’s upcoming app is all about. With just a swipe, you’ll be able to secure explicit consent before engaging in a sexual act with one or more persons, complete with a binding legal contract and a record of it on a blockchain.

LegalFling isn’t the first-ever consent app: there’s also SaSie and We-Consent’s suite of tools that have been around for a while. With this app, the Dutch developer LegalThings hopes to streamline the act of seeking consent, while also securing contracts with blockchain tech.

The app is slated to come with features like the ability to send a request for consent via popular messaging services like WhatsApp, options to set your boundaries and use it with a partner in a long-term relationship, as well as the ability to escalate a breach and send a cease-and-desist letter with a single tap (which sounds like something you might use in case you’ve recorded your sexual activity with a camera, and your partner is sharing that content).

As Gizmodo correctly noted, a major problem with LegalFling’s proposed solution is that it doesn’t take into account the fact that granting consent is a continuous process that spans the entire duration of a sexual encounter; as such, signing a contract before the act doesn’t really make sense, and it certainly shouldn’t curtail your ability to withdraw your consent at any point.

Now, the site does say that saying “No” at any time during the act will do the trick; your consent is also automatically null and void if you’re passed out. But the fact remains that granting consent, changing your mind, and communicating your feelings moment-to-moment are better expressed in person than through a digital contract. That’s not something you can improve upon with a blockchain.

As Stephanie Alys, co-founder of UK-based sex toy brand MysteryVibe noted at TNW Conference last year in her talk about sex and data, there’s a difference between seeking consent and seeking agreement – and the latter is what you get when you hand someone a contract. Regardless of what actually holds up in court, the fact is that if you genuinely want your partner to be on board with engaging in sexual activity with you, a legal document isn’t the way to go.

Instead of tools to help you battle a legal case in the event that you’re accused of sexual misconduct – because that’s what LegalFling sounds like right now – we need ways to encourage more open conversations about what we’re consenting to, what we’re comfortable with in the bedroom, and with whom.

Read next: BitConnect handed yet another cease and desist letter – this time in North Carolina