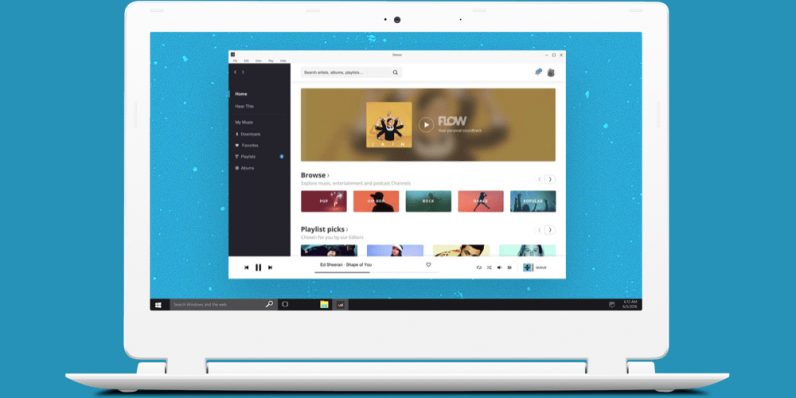 In a bid to shake things up in the streaming music world, Deezer has launched a new desktop app for Mac and Windows that lets users on its Premium+ plan play lossless versions of their favorite tracks – a feature presently offered only by rival service Tidal.

The company says it’ll stream 16-bit FLAC versions to your desktop in the new app, instead of traditional 320kbps MP3s; it won’t cost you extra until the end of this year, but you’ll then need to pony up for Deezer HiFi to continue streaming lossless content at $19.99 a month.

That’s the same price you’d pay for Tidal HiFi, which offers a slightly larger catalog of 46 million songs and nearly 190,000 videos (Deezer has 36 million of its 43 million+ tracks available to stream on HiFi).

Besides the size of their libraries, you’ll likely want to consider which service more of your friends are on so you can share songs and playlists with them easily, when deciding between Deezer and Tidal. Spotify trialed lossless audio earlier this year, but it hasn’t yet launched the option across its platform – so it may not be a great option for discerning audiophiles just now.

Deezer’s app also comes with a new recommendation engine called Flow, and the company says you’ll also come across exclusive content there like interviews and live performances from artists. An option to download and play songs offline is also in the works.

You can grab the new desktop app (which is currently in beta) on this page; you’ll need Windows 7 or newer, or MacOS 10.8 or later.

Read next: In an age of AI and machine learning, app marketing gets supercharged