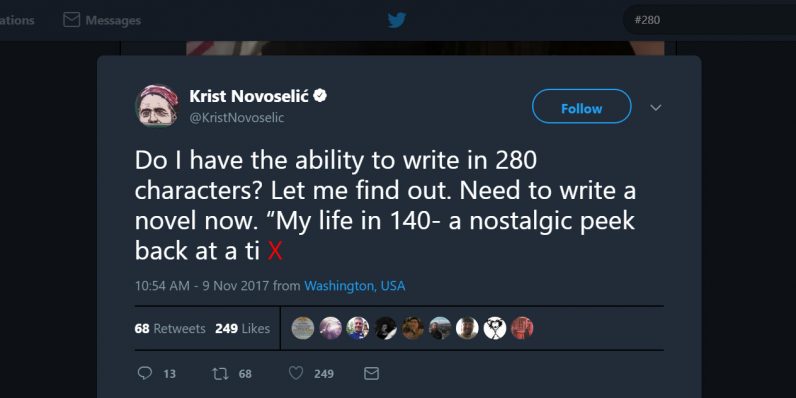 There’s plenty of debate going on about whether Twitter’s decision to double its character limit from 140 to 280 is a good thing. Until we come to a consensus, you can clear your feed of those rambling tweets with a handy little browser extension.

It’s called 140, and it’s made by the good folks at Slate. It not only truncates long tweets to 140 characters on Twitter’s desktop site, but it also prevents you from posting tweets longer than the original limit.

Naturally, some tweets will now make less sense than before – but at least you won’t have to read posts that seem to go on forever, because they just end. Ah, well, at least they’re not 35,000 characters long.

Grab the free extension for Chrome or Opera from this page.