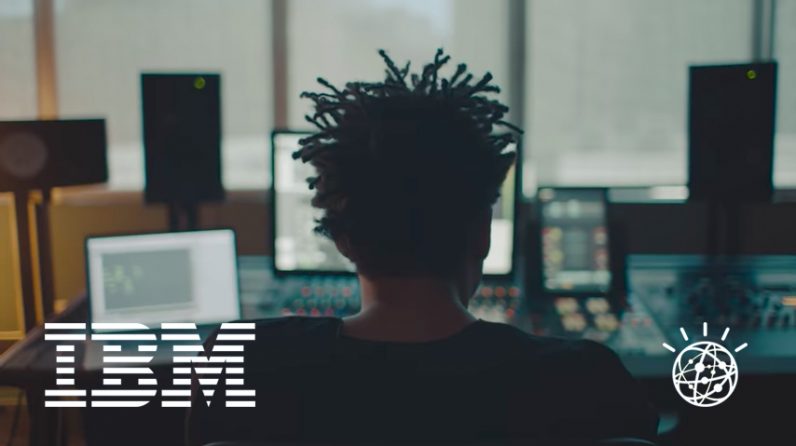 This is made possible by the ‘cognitive technology’ developed by IBM researchers, Janani Mukandan and Richard Daskas. By teaching Watson Beat the nuances and characteristics of music keys and music theory, the AI technology creates completely original songs with varying moods or styles.

Developers foresee the technology being used to inspire musicians out of ‘writer’s block’, eliminate genre biases or simply to create music that’s never been heard before.

However, when it comes to who owns the music created by a machine, no one seems to have a solid answer.

“I have some pretty strong opinions about copyright, but, I’m not a lawyer,” explained Transier. “I actually don’t think a machine can own a copyright. I think it’s the person who sees that spark and takes it and creates something with it. I think that’s the owner. But that’s not an IBM statement,” she added.

Entertainment Lawyer, Bjorn Schipper, who was also on yesterday’s panel, explained that copyright for AI-composed music is an extremely new area so it’s hard to give a definitive answer.

“In the past, you could always direct [a creation] to a human being. In the future, there’s no human spark anymore – maybe the spark is being made by a machine. So then, from a legal perspective, if it’s not traceable to anything, what do you do with it?”

Schipper went on to explain the issue of music copyright from current legal standards. “According to European copyright law, [a creation] must be the own intellectual creation of ‘the author’ and in the law it says [the author] must be a human being these days,” Schipper continued. “So without human intervention, it’s hard to say if there will be copyright protection.”

Also part of yesterday’s panel was Meindert Kennis, the Lead Digital Strategist and CMO of Spinnin’ Records. Kennis gave some important takeaway advice for artists to potentially avoid the likely copyright concerns of the future.

“A lot of artists create music and come to us and say “Here’s my new track,” but, if they start to use more AI instruments, it might be wise to record the actual recording of the music and the creative process more to show that it’s actually them.”

Schipper agreed and went on to say, “I always advise creative clients, the key is design history, where you can prove, if necessary, inside or outside the courtroom, that on a certain date you created this kind of work.”

As Watson Beat is still in its early stages, it’s hard to say exactly how this AI-driven music composing technology will effect copyright legislation. However, as disruption is inevitable, it might be wise for AI-using musicians to take the advice from the experts and begin recording their entire creative process. It’s better to be safe than sorry.

Read next: How the blockchain economy aligns incentives and reduces costs