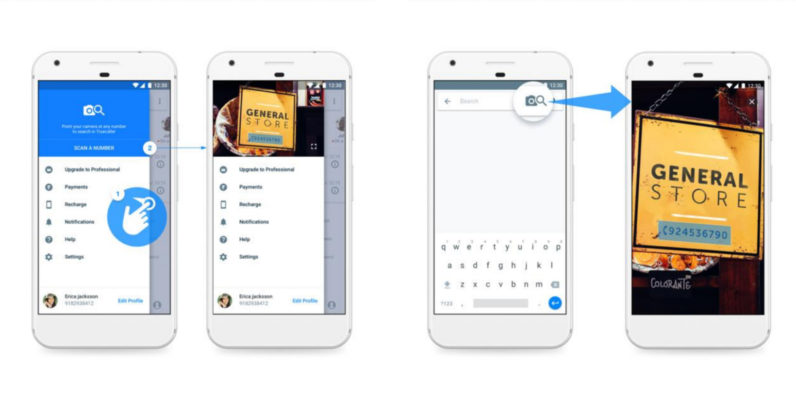 Truecaller is adding a clever feature to its handy dialer and caller ID app for Android this week that’ll make it a lot easier to ring numbers you’ve jotted down or spotted on a billboard.

Point your camera at a number – no matter if it’s handwritten, in print, or on signage – and Truecaller will scan and dial it for you. That should help you avoid dialing the wrong number when trying to recall one from memory.

The company is also extending this feature to make peer-to-peer payments in India simpler too: with version 8.45, you can simply scan a number to look it up and send money to its owner through the app.

Truecaller introduced support for payments through India’s Unified Payment System (UPI) back in March; with this update, it allows you to pay businesses that allow UPI-based mobile payments. You could alternatively do so using the Indian government-managed BHIM, but this is handy if you don’t have that on your device and already use Truecaller for its caller ID service.

The updated version should be out later this week, so expect to try the new features in a couple of days.

Read next: Tesla calculator estimates the exact monthly costs of owning a Model 3