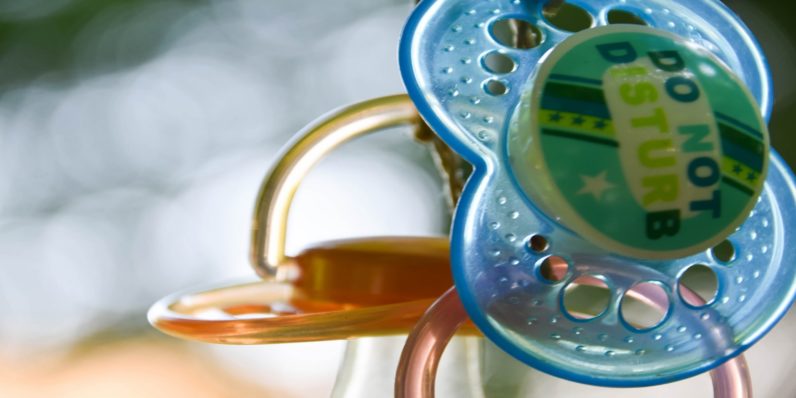 The internet is a vast wilderness full of politics and cat memes. Navigating social media requires a PhD in Facebook and an intravenous Twitter feed. It’s just flat-out overwhelming — until now.

Binky is a new app that aims to rid you of the worst part of every social media platform: people.

It’s a brilliant social media experience that provides the user with the digital version of a cardboard cutout. Those with iPhones can install the app from the iTunes store. Anyone with an Android or Windows device, who wants to install it, can’t. So there’s that.

Once installed Binky works just like any of the other apps you use instead of doing your job. You’ll get to meaninglessly swipe, like, thumbs-up, and scroll past pics of Justin Bieber and Michael Jackson.

Your likes don’t mean shit on Binky – nobody is paying attention. You can comment – but typing on your device’s keyboard just initiates a pre-written comment that is revealed word-for-stroke as you try to input letters. Nothing you do on binky matters, your interaction means as much as a pair of socks on Christmas.

If this sounds stupid – it’s because Binky is stupid (and awesome).

The entire experience of using Binky feels like something from an unlicensed television show about ‘Mike Buckerzerg’ and his Bookface app. It’s a nihilist’s dream that teaches us about reduction and introduces us to the ‘app as performance art’ concept.

Binky is a strange offering that doesn’t seem to be what anyone is looking for, while at the same being something that everyone can understand. The app is a surface-deep meditation on the nature of being connected versus being tethered.

The app is available now. Download it and free yourself from the judgment of the assholes in your Twitter feed who voted for the wrong person, have an ugly cat, or only use social media to post messages asking you to call them. Or don’t. Nobody on Binky is going to notice.

The App That Does Nothing on The Atlantic

Read next: 8 mobile apps that can earn you real money