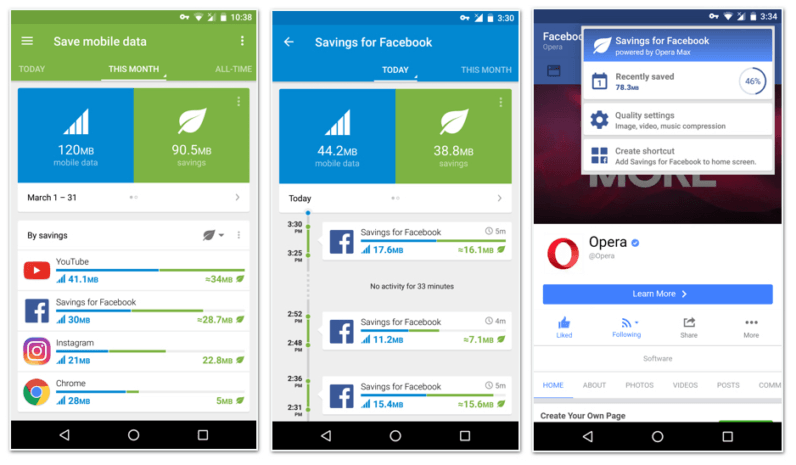 Opera today announced the launch of Opera Max 3, the latest update to its Android performance and privacy software suite. Making an appearance in this update is a brand new aesthetic, and improvements that reduce the toll Facebook — and other social networking sites — have on your data allowance.

Opera Max lets you manage individual apps with more granularity than Android offers by default. It lets you monitor the apps that consume the most data, giving you the option to individually block them from connecting to the Internet. It’s a bit like Little Snitch in that respect, although obviously nowhere near as powerful.

It also comes with data management features, that prevent certain data-hungry applications from siphoning data in the background, without getting in the way of you using them. According to Opera, the average data savings are up to 60 percent for Instagram, 50 percent for Pinterest, and 40 percent for LINE, BBM and Zalo.

The standout feature on Opera Max 3 is Savings for Facebook, which is a shortcut that lets you load the Facebook mobile website through a VPN. According to Opera, this can reduce the amount of data consumed by Facebook by 50 percent. Given that we pretty much live our online lives on Facebook, this is pretty huge.

If you’re on a metered connection, Opera Max is definitely worth checking out. You can download it from the Google Play Store here.

Read next: OnePlus 5 is officially launching this summer