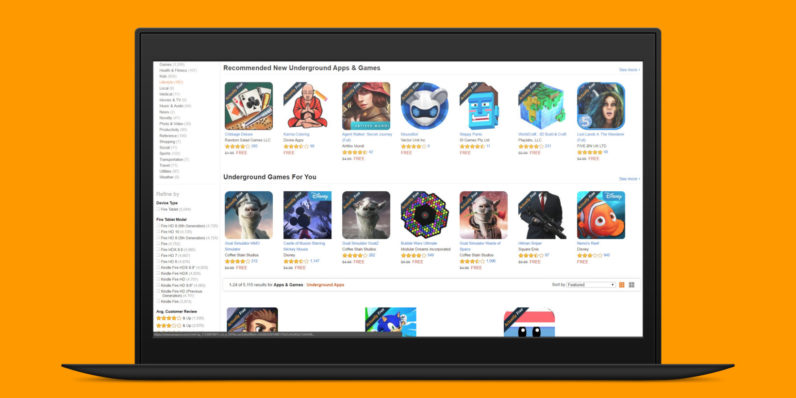 Even if you didn’t buy an Amazon Fire tablet or phone, its Appstore for Android apps was worth sideloading because it offered a buttload of paid apps and games for free.

Sadly, the Appstore is discontinuing its Underground Actually Free program, which saw Amazon pay developers for the amount of time people spent using their apps. It launched in 2015 and expanded its library to offer about $10,000 worth of software at no cost to users.

From May 31, developers will no longer be able to submit apps to the Actually Free program; those that are already in will continue to generate payments based on how much time people used them for.

The apps themselves won’t die out until this summer for non-Fire device users. That deadline extends through the end of 2019 for Fire users.

So effectively, there won’t be much of a reason for people to use Amazon’s Appstore for much longer. Unless you’re rocking a Fire device, you’re probably better off heading back to Google’s Play Store, which recently began allowing devs to run sales and free offers on their paid apps, and also introduced a ‘Free App of the Week‘ section for people in the US.

Read next: Introducing The Assembly: an event for changemakers who want to use technology to shape the future