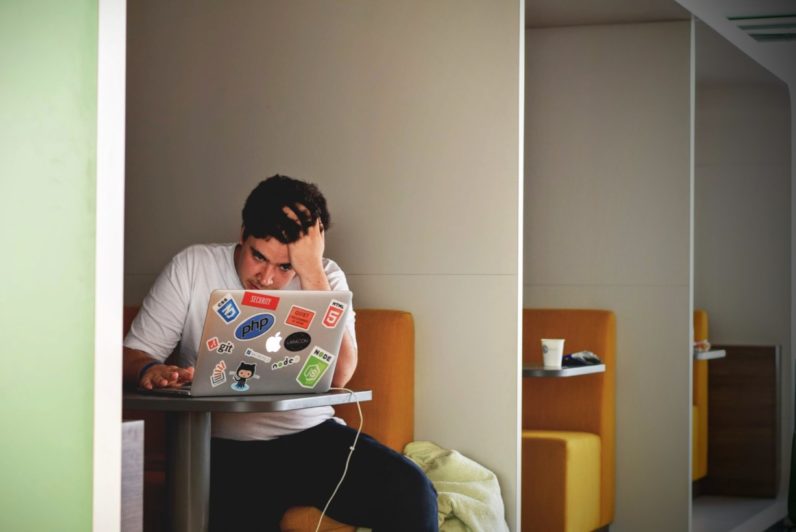 I love learning languages and am currently trying to learn Dutch, but somehow can’t bring myself to open the DuoLingo app or a textbook after a long day at the office. I could feel bad about it… if I didn’t speak a few other languages already. That puts me way ahead of the average American, as 75 percent of them can’t speak more than one language. SAD!

Fortunately, researchers at MIT could help their fellow countrymen find the time to learn new languages. They are working on a series of apps called WaitSuite that’ll help time-strapped people learn new languages — while increasing their focus on other tasks.

WaitSuite is based on learning apps such as DuoLingo, but instead of being a stand-alone app it introduces micro-learning into other tasks — sneaking knowledge into your daily idle moments. When waiting for a response to an email, a small box will pop up in the app you’re currently in and test your vocabulary.

Within WaitSuite, there are specialized apps such as WaitChatter (now available as a chrome extension) that can integrate ‘wait-learning’ in five common daily tasks: waiting for emails, instant messages, Wi-Fi to connect, elevators to arrive, or content on your phone to load.
In an interview with MIT News, Carrie Cai a MIT PhD student who leads the project said that one of the unexpected results of the project was that users actually focused better on their primary tasks.

By getting vocabulary quizzes into the apps they were already working in, users were less likely to leave what they were doing to pass the time, like checking on social media (which we all know is a huge time waster).

Learning languages is only the first step for WaitSuite’s developers who say it’ll be possible to expand the app’s micro-learning into other fields like math, medical terms, or legal jargon.

The team behind WaitSuite hopes to test more formats in future, like audio for on-the-go users and even an app that helps users practice mindfulness to prevent them for escape into their phones in moments of boredom or frustration.

Waitsuite’s possibilities are exciting and maybe we’ll be able to do something a bit more productive than crushing candy or scrolling through memes in our downtime in the future.

However, the only downside about WaitSuite is that now you won’t have any excuse for not remembering your high school French.

Learn a language while you wait for WiFi on MIT News

Read next: Apple's promise to stop mining for metals is great news for the developing world