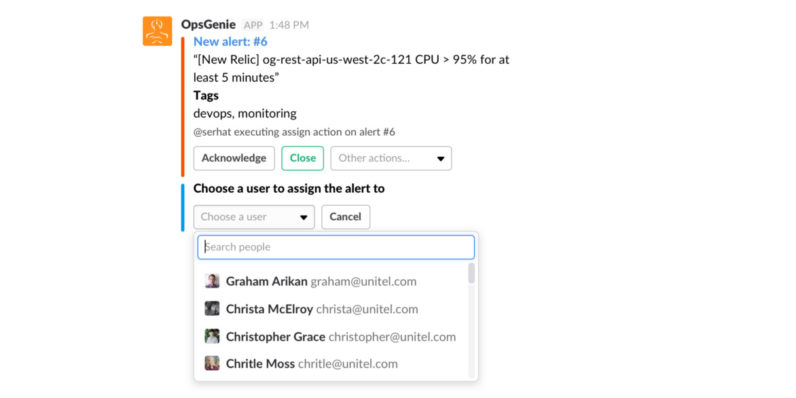 Slack already works well with third-party apps to let you do things like approve an expense report or mark a Pagerduty issue as resolved right with the press of a button right within your current channel. Its latest update introduces message menus to allow for more nuanced actions.

For example. SurveyMonkey’s integration will now let you pull up a survey from the ones you’ve created, and choose to either invite someone to collaborate on building it with you, set up notifications, begin collecting feedback, or share the results with the rest of your team.

The new menus build on the message button feature that was introduced last June, and should help Slack stave off competition from rival enterprise collaboration apps like Microsoft Teams and Facebook Workplace (which just announced the upcoming launch of a free edition).

At this point, the challenge for Slack is to prove its mettle over its competition that arguably has better sales and distribution channels among enterprise customers – and supporting deep integration with third-party tools is a good way to do that.

To that end, Slack is showcasing its new message menus with 16 apps, including tools for everything from sales to support to productivity, such as StatsBot, Troops, and Front, MailClark, and Kip.

The feature is now live within Slack, and developers can begin adding menus to their own apps by checking out this blog post and the accompanying dev guide.