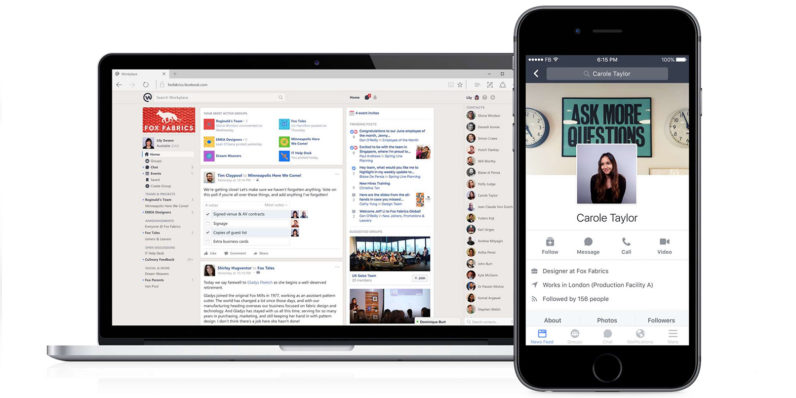 After launching its rival to enterprise collaboration apps like Slack last October, Facebook told CNBC that it’s now working on a free edition of Workplace in order to sign up more companies to its service.

It’ll be called Workplace Standard, while the paid version will be renamed Workplace Premium. The current offering is priced at $3 per user per month for the first 1,000 users; it goes down to $2 for the next group size of up to 10,000 users and lowers to $1 for more than 10,000 users.

Facebook product manager Simon Cross told the network, “We’re making Workplace work for more companies, so it’s a pretty big step for us.” He added that not every company is prepared to deploy the paid service across its entire workforce all at once, and so the option to first try out the free service within a specific team or department might make it an easier sell.

Workplace offers a similar interface to Facebook’s social network apps, with features to create groups, post updates, tag people, share files and chat with multiple users from your organization at once. It also comes with Work Chat (essentially a retooled version of Messenger) for IMs, video calls and group audio calls, as well as things like analytics dashboards and support for single sign-on.

It’ll be interesting to see if the free tier helps boost Facebook’s share of enterprise communication and collaboration app market. In addition to Slack, which has 1.5 million paying subscribers, it also has Microsoft’s Teams – which launched last month – to contend with.

Facebook didn’t say when it planned to launch Workplace Standard; we’ve contacted the company to learn more and will update this post if there’s a response.

Facebook plans a free version of its Slack competitor on CNBC

Read next: IT security is more important than ever and you can master it for under $30