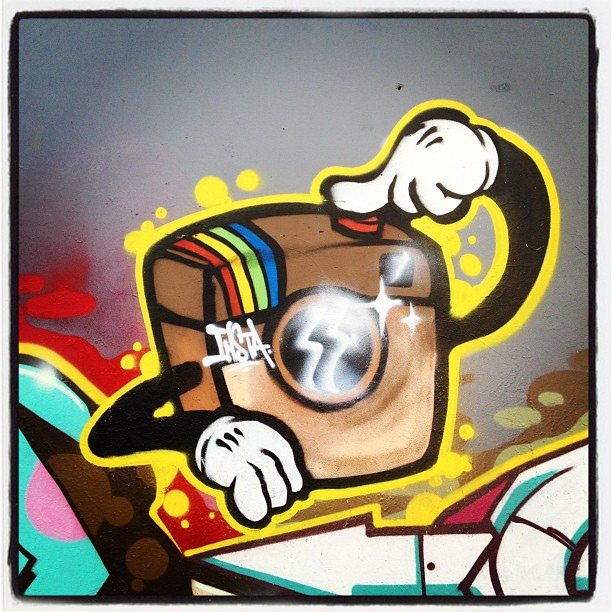 Street art is the worst. Don’t argue with me. I thought the days of painting cheesy anti-establishment statements or tired pseudonyms were long gone. But apparently it has found a new home: Instagram.

At the recent British Sociological Association conference, Nicola Harding of Manchester Metropolitan University spoke about her research on how social media apps like Instagram are killing the traditional graffiti writer, and giving birth to a new one.

Graffiti has always been about more than the ‘art’, it’s about creating an image and reaching sub-culture fame. That’s why graffiti writers have in the past taken it to the streets, tagging and spreading their works to gain a reputation. But the emergence of Instagram has changed this, according to Harding.

By displaying creativity through graffiti online, young people can enjoy sub-cultural rewards more efficiently than by repeatedly writing graffiti in urban environments. This is due to the receiving of likes, comments, and through the building of networks.

That’s why graffiti writers have started sticking to ‘legal walls’, which municipalities have set up for graffiti, and posting pictures of them on social media. This has lead to a significant drop in actual graffiti in the UK, as illegal graffiti in cities has be on the decline since the early 2000s.

However, this new outlet isn’t for everybody. Instagram is basically gentrifying graffiti as it’s particularly upper and middle-class kids who can gain a following online.

In the age of social media, the proletariat will have to face the risk of arrests for doing fuck-the-system graffiti while attention-seeking rich kids can bathe in online glory.

Old-school graffiti writers that Harding spoke to during her research weren’t happy with this new trend. For them it wasn’t real graffiti if it was done on legal walls and seeking exposure through the internet.

But who cares about their opinion, they’re grown men who spend their time vandalising property with ‘woke’ messages or egotistical odes to themselves.

Read next: The global state of the internet in April 2017