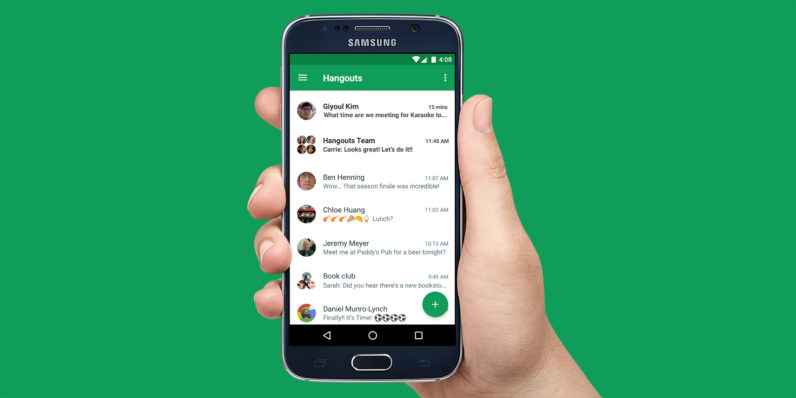 Google is getting rid of the Hangout’s SMS messages, and is warning users well in advance.

Starting next Monday, app users should start seeing a prompt warning them to choose a different message app. Users who already use another SMS app will not notice a change.

In an admin email posted in its entirety to Reddit, the G Suite team warned administrators about the change and when they could expect to see the service vanish.

Google has been rolling out multiple changes to Hangouts recently. It’s added Meet and Chat apps within Hangouts, which split Hangouts into two separate apps for group text chat (Chat) and group video conferencing (Meet). Now that it’s doing away with Hangouts’ text message function, could we be seeing the end of vanilla Hangout entirely?

SMS will disappear from Hangouts entirely by May 22.

Just got an update email from Google: no more carrier texting from Hangouts on Reddit

Read next: I got drunk and agreed to review a $99 'smart' dog toilet