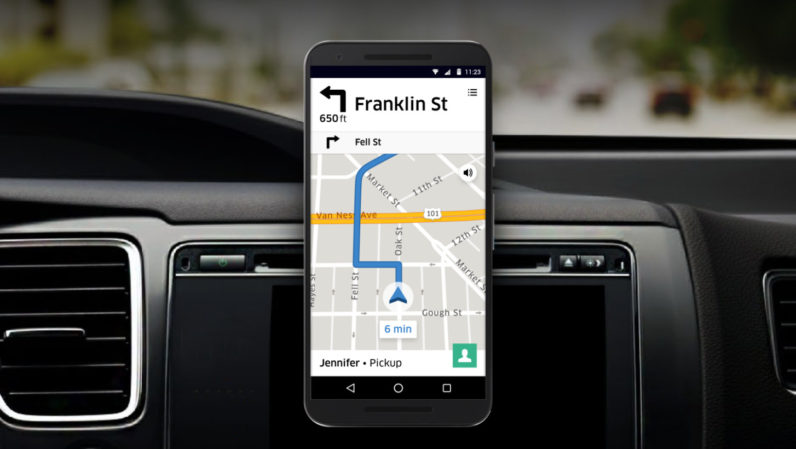 Uber drivers have a lot of ways to navigate at their disposal. One that’s often overlooked in favor of services like Waze and Google Maps is the mapping features built-in to the Uber Partner app, which just saw a massive update.

As you’d expect, the biggest changes are found on the iOS front. Now, navigation starts with a tap, and includes features like lane guidance, compound maneuverers, and real-time traffic information. These are features that have long been considered standard on competing navigation products.

Uber has also introduced a night time mode. This is the biggest visual change, and can invert the color scheme from light to dark on demand. No doubt this will be popular with drivers working the so-called graveyard shift.

Another interesting new feature being introduced is Route Preview, which displays the first turn a driver should make after a pickup or dropoff.

Perhaps most interestingly, the update introduces in-app navigation on Android for the first time ever. Although given they’re pretty late to the party, I imagine most drivers will stick with the tried-and-tested Waze or Google Maps.
Uber says that drivers are free to chose whatever navigation system they wish, although the company says its goal is “to be drivers’ first choice when driving with Uber.” Whether these changes will help Uber realize that goal remains to be seen.

Read next: Fitbit for cows and the dark magic of machine learning