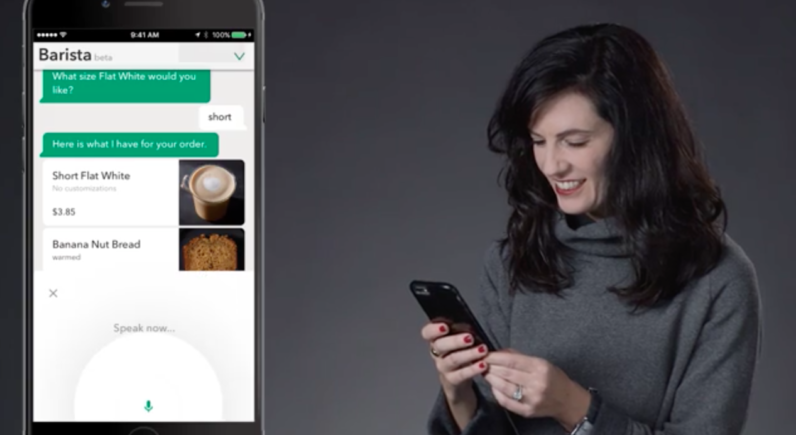 Starbucks is putting its own spin on the virtual assistant. The popular coffee franchise has rolled out a Siri-like assistant app for mobile that lets you skip baristas and place orders by chatting or speaking directly to your phone.

The feature essentially works as an extension of the Mobile and Pay functionality Starbucks launched back in 2015, which allowed customers to avoid annoying queues by ordering in advance online.

Much like Google Assistant and Apple’s Siri, My Starbucks Barista has the capacity to function both as a voice-enabled assistant and a chatbot – and also maintains the ability to customize your orders according to your personal preference.

“The Starbucks experience is built on the personal connection between our barista and customer, so everything we do in our digital ecosystem must reflect that sensibility,” said CTO Gerri Martin-Flickinger. “Our team is focused on making sure that voice ordering within our app is truly personal.”

Unfortunately, the app won’t be readily available to everyone and is currently in beta testing on iOS, with plans to expand the service to Android later during the year. For the time being, the coffee-maker has opened ‘My Starbucks Barista’ solely to select group of 1,000 customers in the US.

Along with My Barista, the franchise is also releasing a dedicated ‘Reorder Skill’ for Amazon Alexa, which will make it easier for customers to get their usual order by addressing Alexa with the magic phrase “Order my Starbucks.” You can pimp up your Echo with the Reorder Skill here.

In any case, this ought to make it easier for human baristas to spell your name right.

Read next: India's government to bring free Wi-Fi to 1,050 villages