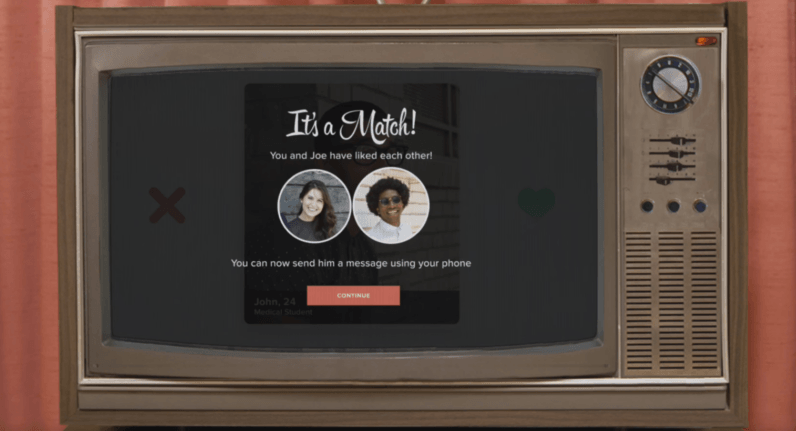 While you might prefer sexting in private, Tinder has announced its app is now available on Apple TV so you can weird out everyone else in the room by putting your miserable dating life and cheesy pick-up lines on a larger screen.

For some reason, Tinder thinks this could make for a fun night at home, noting with a wink and a nudge that this development could be “the biggest thing to hit family night since Yahtzee.”

“Since its launch, friends have been swiping for each other on Tinder. Tinder on Apple TV represents the next step in that evolution,” said founder and chairman Sean Rad.

Tinder has been getting busy the last few months.

Back in July, the company introduced its ‘Social’ feature which makes meeting new people with your friends easier than ever. It also launched a new ‘Boost’ functionality which gives you the option to pay your way to the front of the line, improving your chances of getting noticed by other love-seeking users.

More recently, the dating app further added a smart photo algorithm that takes the hassle out of choosing your best profile pic as well as a few more gender options to accomodate the diverse preferences of its userbase.

In any case though, this still isn’t enough to entice me into putting my flirtatious advances on big screen – for everyone else to watch.

Read next: TNW Conference: Our final 2-for-1 ticket sale is tomorrow!