As Nelly once famously said: “It ain’t no fun unless we all get some.” It seems Tinder took that message to heart.

The world’s largest dating app just announced that it was going to unlock a whole new world of dating by allowing you to include your friends. The feature, which test-launched in Australia earlier this year allows Tinder users to get a group together and use its collective brainpower to plan an excursion — romantic or otherwise — for users in the US, UK and other select locations.

“Tinder Social is designed to make it as easy as possible to plan your night, get out into the real world and meet new people. The new feature takes the Tinder experience to a new level, offering our users more ways to expand their social circles and interact with potential matches,” said Sean Rad, CEO and co-founder of Tinder.

“We believe it’s the ultimate tool for planning your next adventure.”

After updating to the newest version of the app, users looking to unlock Tinder Social simply need to to create a group by selecting a group of friends (one to three) who have also decided to opt-in. Once formed, group members can assign a status for the group and select from a variety of suggested activities, such as “watch the game with us” or “happy hour, anyone?” Users can then toggle the social features on and off should the notifications become an annoyance rather than a sort of Choose Your Own Adventure book for real life.

You can also merge multiple groups. If Chelsea’s group (see below) contains Micheal, who also has a group going out, the two can merge should any group members from both swipe right. Once merged, they’ll be free to hash out details in a group chat until noon the next day before the group chat disappears. 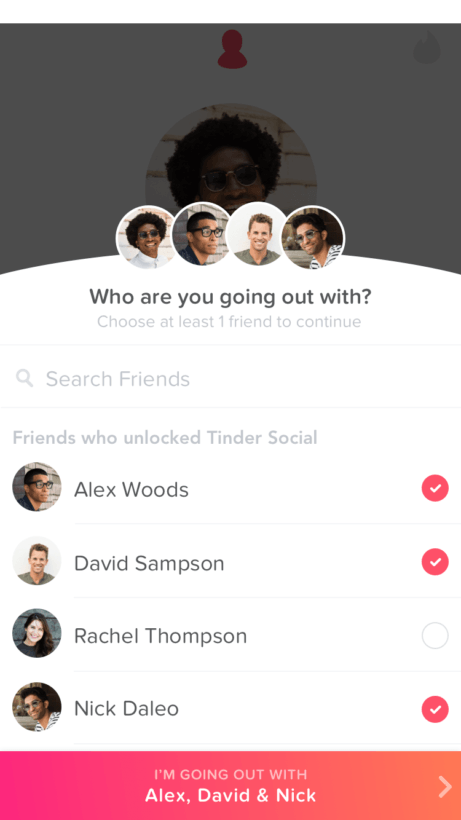 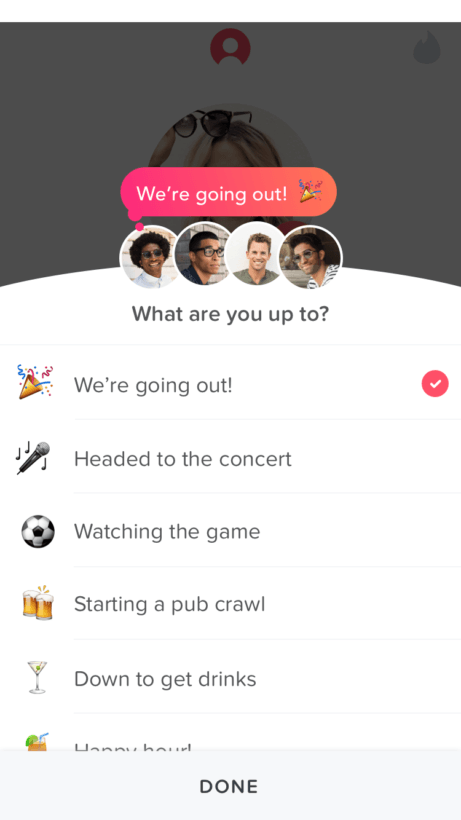 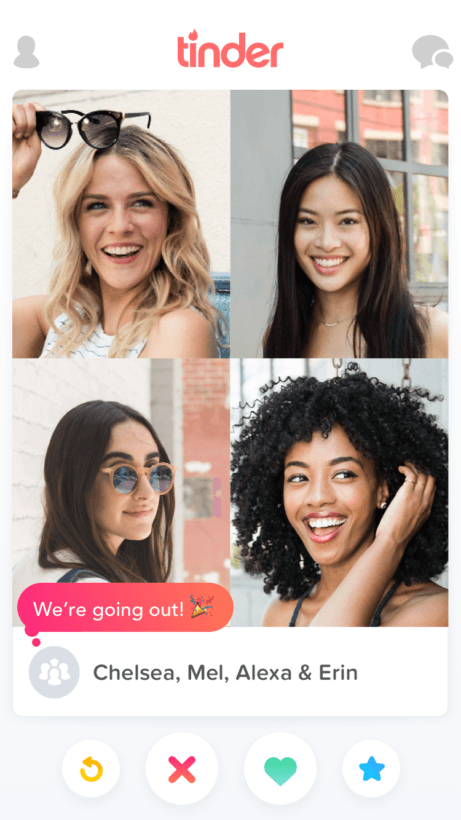 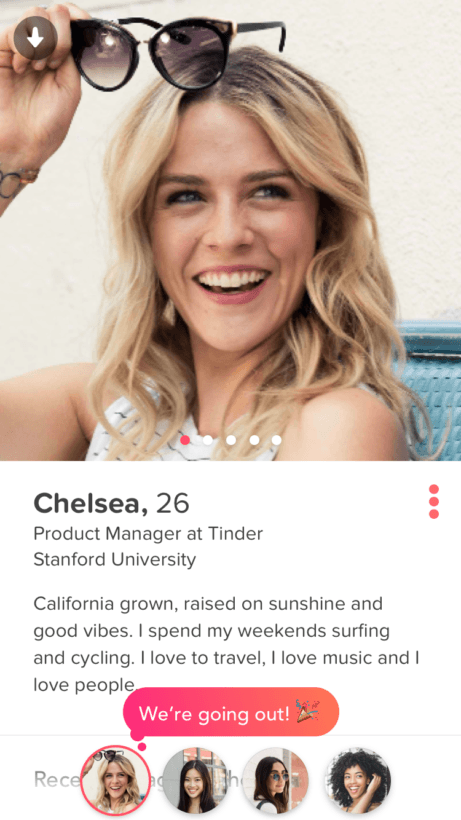 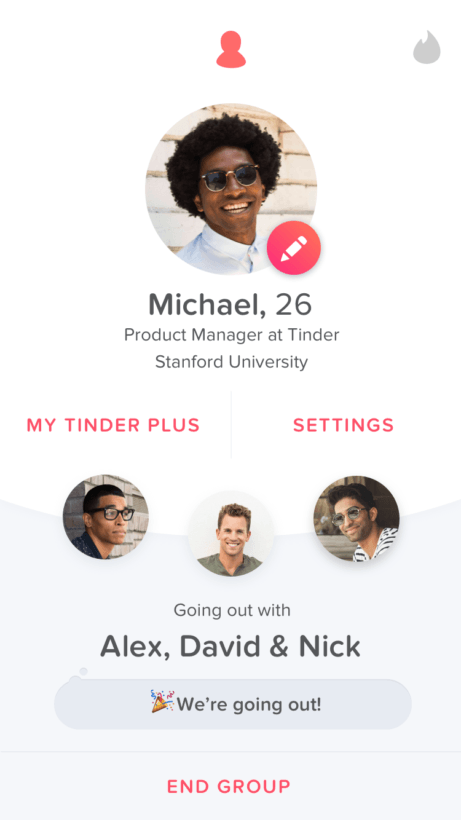 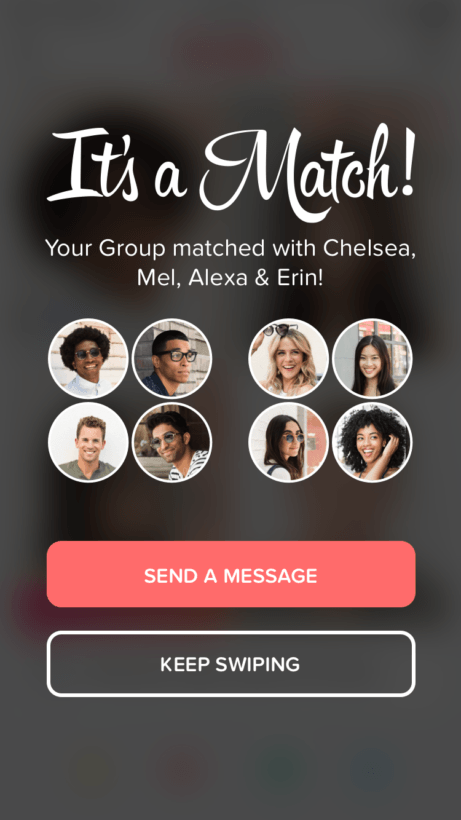 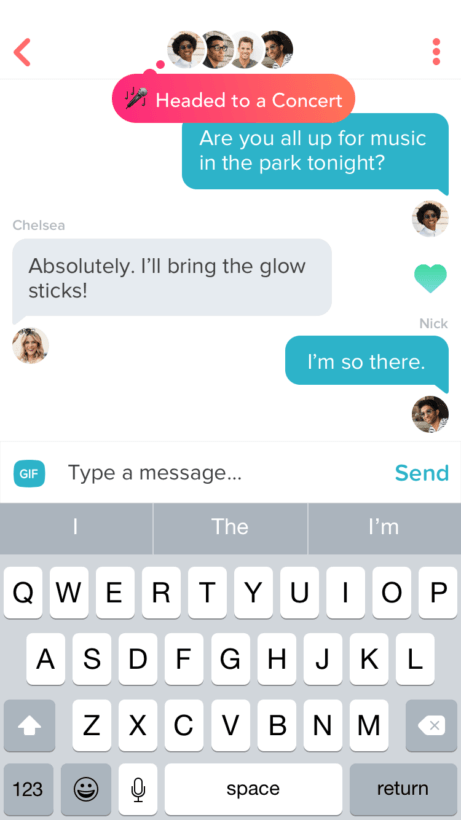