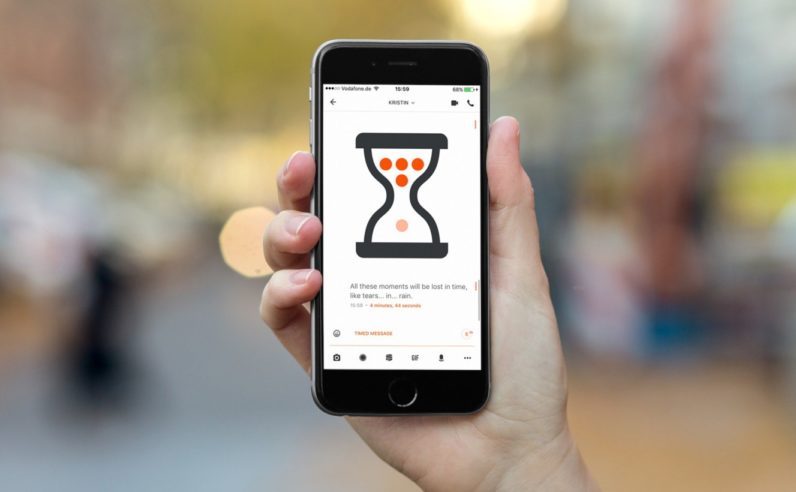 Wire, the sleek messaging app with some security chops, is getting a new feature today: timed, or ‘ephemeral’ messaging.

Basically, it’s like the timers in Snapchat; you can make a message self-destruct after a certain amount of time. Google introduced a similar feature with Allo, and Facebook has tested the idea too, but Wire has a bit of additional security credibility with end-to-end encryption on all of its messages.

Wire allows you to alternate between permanent and disappearing conversations within the same chat window, which helps keep the feature seamless. Although the feature is obviously aimed at the Snapchat crowd, it’s useful for sending sensitive data like passwords or political secrets. The timers work for anything you can send on Wire too, including pictures, videos, links, files and pings.

You’ll have to be running the latest version of the app to send and receive timed messages though. The update is available for Android, iOS, desktop, and the Web now.

Safe and tidy with Timed Messages on Wire Blog [Medium]

Read next: How to stream Microsoft's Windows 10 event on October 26