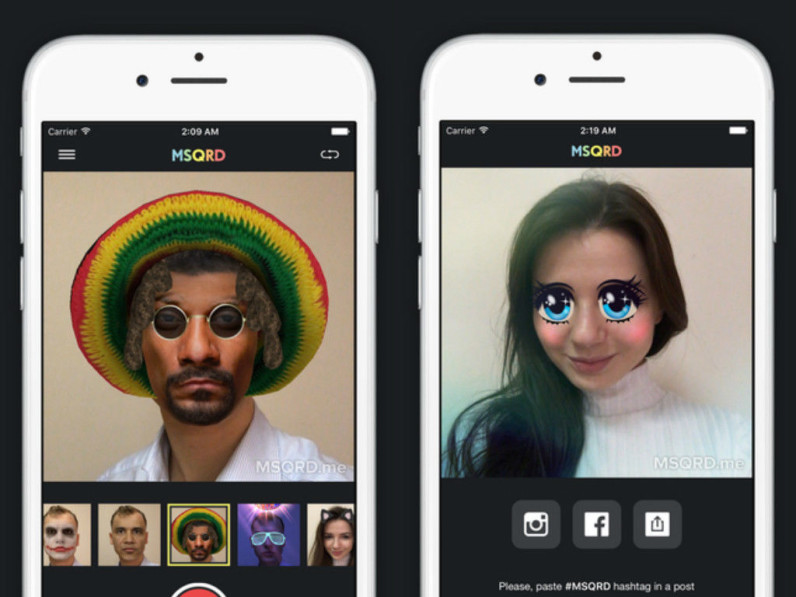 Talk about timing – this morning, in honor of 4/20, Snapchat unveiled a new filter that superimposes Bob Marley’s face onto your own. It was not well-received, as many found it a form of digital blackface.

What few people have realized, however, is that MSQRD, a popular face-swapping app recently acquired by Facebook, had a similar Bob Marley filter for months. And, well, it seems to have conveniently disappeared.

We checked the app on our phone this morning and the filter was still available, with it adding sunglasses, dreads, and the rasta beanie (your skin tone does not change). But new users who just downloaded the app will no longer see it as an option. It is unclear whether MSQRD plans to remove this filter for existing users as well.

It’s not the first time MSQRD offered a “blackface” filter either. The app frequently rotates its roster, and have had Snoop Dogg and Barack Obama filters in the past – complete with skin tone changes. It did not receive nearly as much heat as Snapchat did – in fact, most commentary on the Web found it funny.

It’s easier to target Snapchat because it has a much larger audience than MSQRD does, but if we’re gonna direct some fire, let’s make sure we address the issue across all guilty parties and not just the most popular one.

Read next: Twitter Fabric is launching Mission Control, a new dashboard for developers