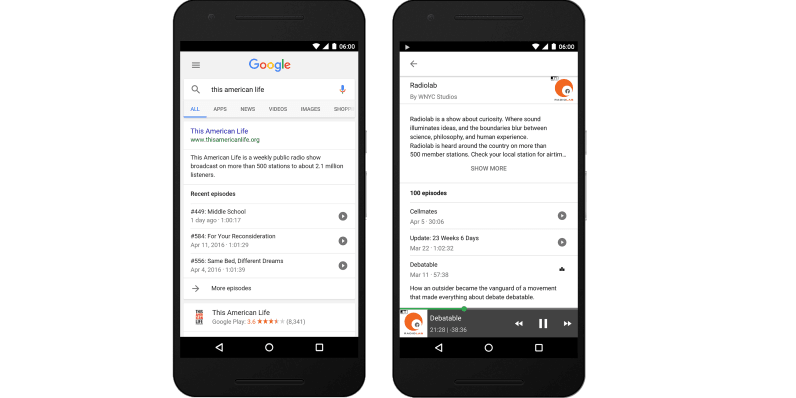 Android users who also happen to have a borderline unhealthy obsession with podcasts are in for a treat today as Google has just added the ability to play shows directly from within its Search app on Android.

For now it only works for results in English, but once you’ve found something you want to listen to, hitting the play button brings up some on-screen controls for skipping backwards or forwards.

The addition follows the introduction of podcast support on Google Play Music earlier this week, which will be a more manageable to way to listen to a series of podcasts. If you just wanted to listen to an episode without subscribing in your podcast app of choice, then Google’s Search app on Android is a pretty handy way to do that.

Of course, you probably already watched a YouTube video today, ended up here via Google Search, have checked your Gmail and Google Calendar and your next stop might be your Saved items. It’s almost as if Google wants to own every channel through which you get entertainment and information.

Who’d have thought a company that sells ads against all that content would want that, huh?

Read next: Microsoft is killing off the Xbox 360